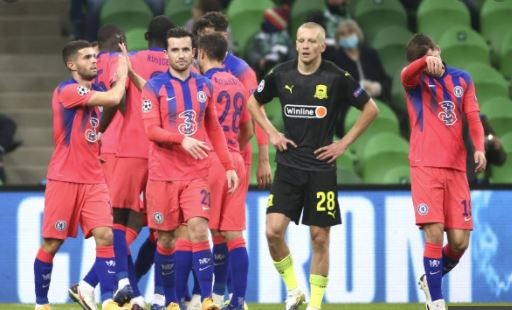 Callum Hudson-Odoi opened the scoring midway through the first half when his tame effort was palmed into his own net by Krasnodar ‘keeper Matvei Safonov, who had earlier fortuitously kept out a Joringho penalty after the Italian’s spot-kick deflected off the post, onto his back and away from goal.

The Russian side were only denied a leveller by the woodwork as Yury Gazinsky’s shot came back off the bar, but Timo Werner made the points safe after the Blues were awarded a second penalty for handball against Alyaksandr Martynovich.

Ziyech, whose integration into the Chelsea side following his summer move from Ajax has been delayed by fitness troubles, was making his first competitive start for the club and marked it with a third ten minutes from time before substitute Christian Pulisic added a fourth late on, though the scoreline was harsh on the hosts.