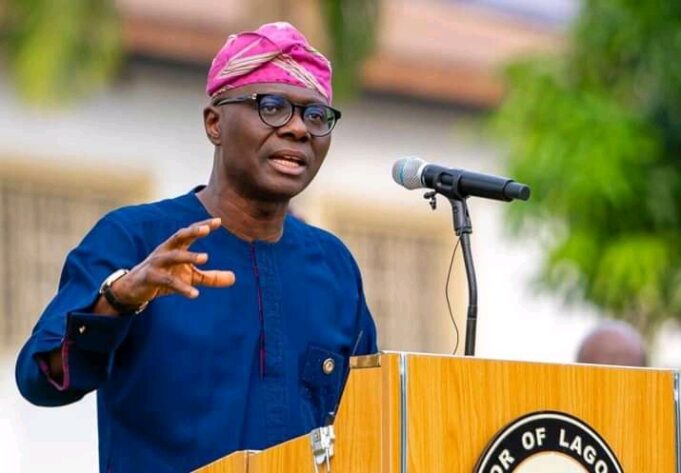 We’ ve Everything To  Enhance Nation’s IGR Through Tourism – Sanwo-Olu, Oyatoye,  Others

Lagos State Governor, Babajide Sanwo-Olu,, Yoruba art and culture promoter,  Olaniyi Oyatoye and nollywood stars have affirmed that Nigeria has what it takes to boost the state Internal Generated Revenue (IGR) through tourism.
Governor Sanwo-Olu, Oyatoye, nollywood stars including Prince Jide Kosoko, Yinka Quadri, Muka Ray, among others, stated this at the celebration of Lagos Asa Day 2021 and the launch of Youth Empowerment Access Centre, held at LTV, Ikeja, Lagos.
The governor, who was represented at the occasion by his Commissioner for Tourism, Art and Culture, Uzamat Akinbile-Yusuf, restated his administration’s commitment to  promoting and preserving culture and traditions for today and future generations.
The programme,  themed: “Let’s use our cultural heritage to revive our economy”,  was packaged and organized by ASA Day Worldwide Inc. Canada in conjunction with Lagos State Government, Ministry of Tourism, Arts and Culture.
Governor Sanwo-Olu maintained that there cannot be a meaningful development in any society without a deep understanding of people’s culture and traditions, adding that with what the country is blessed with in area of art and culture, both human and material resources, particularly in Lagos State, huge revenue could be generated from it if well tapped.
He said that the unique and symbolic of Asa Day is in tandem with his administration’s THEMES development agenda, which is entertainment and tourism.
Also in his speech, the President, ASA Day Worldwide and convener, Asa Day, Prince Oyatoye, called for more collaboration between government and private organizations, in order to exploit all the benefit the industry could offer.
He said with both natural and human resources Lagos State is endowed with it, it could multiply IGR through tourism.
He sated that  art and culture are part of  daily life, and one of the arms that hold tourism, health, social being , welfare, heritage and every other things that one considered as part of  life.
Kosoko and others who also attended the event, commended the organisers for the initiative, saying that the government stands to gain a lot if it invested heavily in the industry.
Apart from what government would benefit, the actors and actresses echo, ” the more we preserve our culture, the more we keep our heritage for future benefits”.
Highlights of the event include cultural display, health talk, stage performance, lectures, Launching of youth empowerment Access Center and presentation of awards.

Wizkid Hangs Out With Jada Pollock In Ghana.