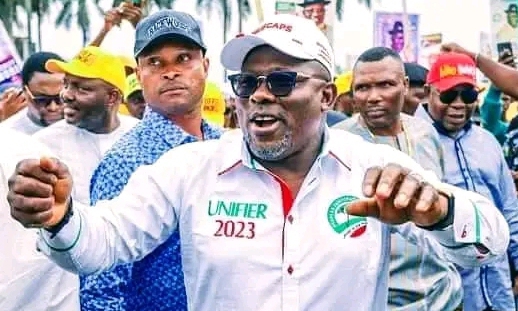 Delta State Speaker ,Rt Hon Sheriff Francis Orohwedor Oborevwori, winner of just concluded PDP primaries has thanked all for his overwhelming victory at the polls, assuring other aspirants that ‘Thy are all ‘WINNERS’

The Ukodo Okpe of Okpe Kingdom, and Deputy Chairman, Conference of Speakers gave glory to God for his victory

He attributes his.emergence as a show of love from delegates, party member that voted.

The Speaker assured Deltans of continuity from the STRONGER Delta initiative of Governor Okowa ,to ADVANCING Delta M.O.R.E.