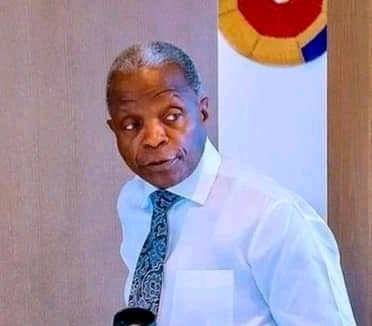 Professor Yemi Osinbajo, the vice president of the federal republic of Nigeria is set to formally declare his interest to join the Presidential Race.

Osinbajo was billed for declaration last week, logistics were issues

Vice President Yemi Osinbajo will join the the other APC presidential aspirants for primary election to determine who flies the party ticket.

He has been described as the most

consulted candidate amongst others in the APC presidential race.

House Wife Raises Alarm Over Husband’s Plans To Kill Her.

I Will Continue Fighting For A Better Nigeria – Falz