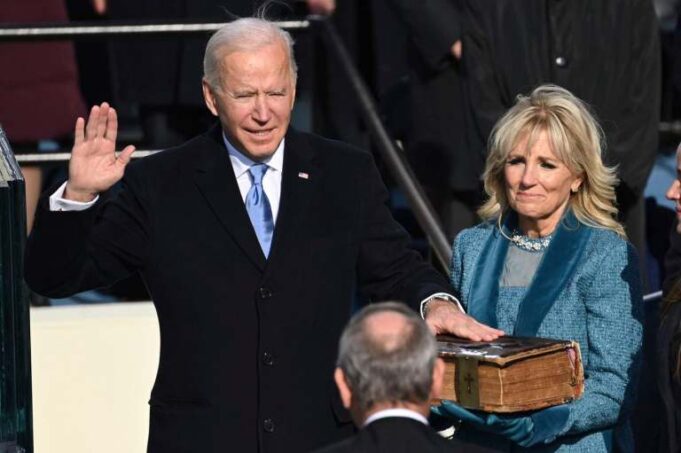 United States (US) President, Joe Biden, committed the nation to rejoining the Paris climate accord, blocked an oil pipeline project and froze Arctic drilling in a raft of executive orders signed hours after taking office Wednesday. But for the Democrat who has pledged to roll back four years of environmental harm done by his predecessor Donald Trump, that’s just the start.

Experts say that Biden will have to rebuild the credibility the US lost in the eyes of the international community, by setting concrete goals for emissions reductions on the path to net-zero by 2050. Next, he’ll need to realize his $2 trillion climate plan, which would place green action at the heart of the economy and its recovery from the Covid-19 pandemic, while ensuring a long term shift that can’t be rapidly undone under a future Republican president. “I think it’s important that the US shows that it means business at home,” David Waskow of the World Resources Institute told AFP.

The WRI is advocating for the US to set a 45-50 per cent reduction in total greenhouse gas emissions by 2030 compared to 2005 levels. Biden has also said he will convene the leaders of major economies for a climate summit within 100 days of his inauguration. Among the executive orders Wednesday, the Biden administration submitted a letter to the UN that formally triggers a 30-day process to reenter the Paris climate agreement. UN Secretary-General Antonio Guterres welcomed the action and the prospect of “the leadership of United States in accelerating global efforts towards net zero” emissions, calling on the president to adopt an “ambitious” plan to fight global warming. French President Emmanuel Macron lauded Biden’s decision to return to the accord, telling him “welcome back” in a congratulatory message.

Biden also scrapped the Keystone XL pipeline connecting the Alberta oil sands to coastal refineries in Texas — a move that threatens to strain ties with Canada. Still, Canada’s Prime Minister Justin Trudeau, who had pressed Biden to reverse his decision on the pipeline, vowed to “work together to advance climate action and clean economic growth.” The two leaders are due to speak Friday.

Beyond Paris, the US federal government has numerous levers at its disposal, from imposing strict methane limits on new oil and gas infrastructure, to gearing federal contracts towards renewable energy and zero-emission vehicles. The Trump administration took an axe to a host of environmental regulations, and a fact sheet sent to reporters from the new administration vowed to “immediately review and take appropriate action” on all these measures. Biden on Wednesday also placed a temporary moratorium on drilling in the Arctic National Wildlife Refuge, where Trump’s administration had issued leases on its last full day in office. While former secretary of state John Kerry will lead US climate negotiations abroad, the domestic front will be headed up by Gina McCarthy, whom Biden has picked as the first national climate adviser.

– Infrastructure plan – Biden will present to Congress next month an infrastructure-focused “Build Back Better Recovery Plan” — separate from the $1.9 trillion Covid and economic stimulus package he’s seeking. This is where things can potentially become more tricky, given the Democratic Party’s razor thin control of the Senate. The package is expected to be similar to the $2 trillion green climate plan Biden outlined during his campaign.

It promises “to meet the climate crisis, build a clean energy economy, address environmental injustice, and create millions of good-paying union jobs.” “The challenge will be to bring Republicans on board with a clean energy infrastructure package that could systematically reduce American emissions,” Paul Bledsoe, a climate advisor to former president Bill Clinton, told AFP.

Bledsoe predicted Biden will initially be expected to try to work with Republican colleagues to reach the 60-vote threshold required to pass most legislation — though if that doesn’t pan out there are processes to pass laws with a simple 51-vote majority. “Embedding climate action fully into the way in which we build the economy, the way in which we generate jobs and ensure an equitable recovery, all of that is what will make this something long lasting,” said Waskow.

The political and technical challenges are great, and there will be pressure on Biden not to pivot from fossil fuels too quickly — particularly natural gas, which has helped the US lower its net emissions for a decade and is seen as a crucial “bridging” energy. But it also comes at a time of record-high recognition of climate change and desire for action among the US public.