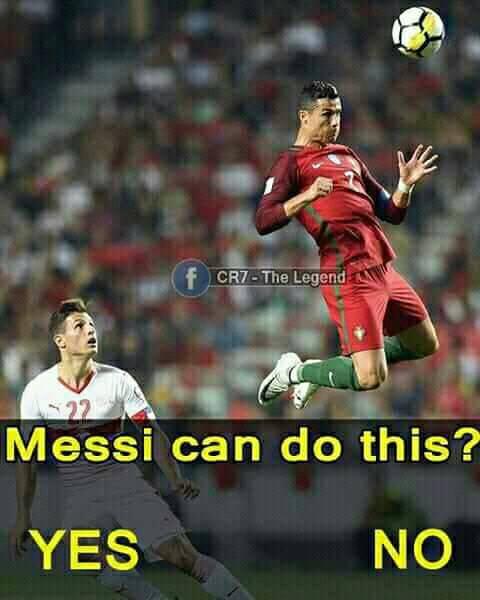 The year 2020 is on the verge of ending but it has been a year full of lows, lessons and realisations. It was a strange year in all regards with plenty of firsts and the emergence of coronavirus changed our way of living and daily livelihood.

Football also suffered a lot due to the lockdown and COVID-19 restrictions. The whole fraternity went on a prolonged hiatus and came back months later to resume the action.

In all this conundrum, a plethora of incidents have taken place in the calendar year and therefore we at Khel Now are looking back at the top 10 highlights from the year 2020.

The coronavirus brought the whole world to a standstill and various sectors across the globe including sports was stopped abruptly with the rapid spread of the virus. Top leagues around the world went on a hiatus and it was a totally alien situation for FIFA and the football governing bodies in various countries. Lockdown was just a phase of the pandemic but with it came the financial losses and people started losing their jobs as clubs had to cut losses.

If was a tough time for sports overall and not only football but this unique year saw the sports fraternity coming together in the middle of the season during tough times. Football toughed it out through the most difficult phase but that hiatus of a few months felt like a void in the lives of the football fraternity as a whole.

Just like they say, after every dark and gloomy night a bright morning follows, the same thing happened in football. Gradually the beautiful sport returned with a number of SOPs that were followed by various bodies to see the game back in its full glory. The matches were conducted behind-closed-doors and with extra precautions as the Bundesliga took the first step in resuming action following by the Premier League and others.

At the start, there were a lot of restrictions for teams starting with maintaining distance on the reserve bench to not gathering at goal celebrations. The emergence of bio-bubble also happened and with that came several other problems but at least the sport that people love was back on everyone’s television sets. It may be cliche but I do believe that sports have the power to change lives and with the resumption of the footballing season, a lot of people found positivity in a situation which was too gloomy for anyone’s liking.

Liverpool FC’s supporters have waited long and hard to see their team lift the English Premier League and last season under Jurgen Klopp they were running away with it when football was stopped due to the pandemic. The hiatus continued for three months and with every passing day, the supporters were anxious about another trophy eluding them.

However, with the resumption, the Reds drew in the Merseyside Derby against Everton and then won against Crystal Palace at home and that was very much it. Klopp’s men were crowned Champions for the first time since 1990 after Manchester City lost at Chelsea. It was Liverpool’s 19th League title which keeps them only one behind arch-rivals Manchester United and it also sparked magnanimous celebrations outside the Anfield. It was a season where their players were simply better than the rest of the competition by a huge mile.

The historic Ballon d’Or ceremony will not be held this season and it was announced a few months earlier by the France Football Association. So the football fans all around the globe have to wait for the next season to see who wins the prestigious honour and whether the Lionel Messi-Cristiano Ronaldo duopoly gets broken for a second time in succession or not.

Earlier it was made clear by France Football, who organises the award ceremony that the award will be cancelled for this season due to coronavirus. The association feels that the pandemic has made it impossible to treat 2019-20 season as a fair and proper footballing season. While the decision had a lot of backlash as FIFA organised their ‘The Best’ awards. To this day, some fans think that Bayern Munich talisman Robert Lewandowski was literally robbed of the honour after the insane season that he had with the Bavarians.

On his 80th birthday, Brazilian legend Pele came up with a great innovative campaign known as Pelegacy Jersey exchange. Sportspersons all over the world were sending their jersey in honour of the great Brazilian and funds collected on auction was used in the battle against the COVID-19.

The ‘Pelegacy Jersey Exchange’ started in October this year and it featured the participation of a growing number of international sports stars and other icons including Kylian Mbappe, Franz Beckenbauer, Thiago Silva, Richarlison, Nani, Gianluca Zambrotta, Usain Bolt, Gustavo Kuerten and David Guetta. All these icons and more have already donated shirts and shown their support for this campaign. India international and ATK Mohun Bagan defender Sandesh Jhingan represented India and helped the cause by giving away his jersey.

It was in November when Bayern Munich decided to relieve Niko Kovac of his duties as head coach after the 5-1 humiliation against Eintracht Frankfurt. The Bavarians were languishing in the fourth position in the Bundesliga. In came Hansi Flick as short term fix but soon he implemented his style on the players and gradually the players started liking Flick’s way of working. Bayern started gathering momentum with wins and also had positivity in his gameplay which was lacking under Kovac’s stint.

The club progressed leaps and bounds as Flick induced a different level of confidence among his players who looked as transformed versions of themselves. With a shaky defence, various injury concerns and overreliance on Robert Lewandowski, Flick guided Bayern to a pathway of history where he won five trophies with the club. He had an unbeaten record in the Champions League last season which is something exceptional. It was after a long wait the Bavarians celebrated being the Kings of Europe.

If the pandemic was not enough, 2020 came up with another huge shock – the news of Argentine great Diego Maradona passing away. The former Napoli legend suffered a heart attack and was only 60. Maradona has been a huge ambassador of the beautiful sport and despite hailing from Argentina he had followed from every corner of the globe.

The streets of Naples were mourning the deep loss, as Napoli President Aurelio De Laurentis announced that to honour Maradona they have decided to name their stadium on him. So now the San Paolo is also known as the Diego Armando Maradona Stadium. In Argentina, the fans of Boca Juniors and River Plate kept their rivalry aside and came together to standby each other in the huge moment of grief.

While the football fraternity was just soaking in Maradona’s loss, Italian football legend Paolo Rossi also passed away leaving the fraternity in despair. Rossi was the goal-scoring machine for the Azzurri in their glorious 1982 World Cup. He scored a hattrick against Brazil in that tournament which is still considered as one of the most iconic performances in the tournament’s history.

The Italian great won several accolades with Juventus which include the Serie A titles and a European Cup. He also represented AC Milan and is undoubtedly one of the Italian greats of all time.

8-Robert Lewandowski wins FIFA “The Best” Player of the year

In the 2019-20 season, Robert Lewandowski inspired Bayern Muncih to lift their second Champions League and treble of this decade. The Polish marksman was instrumental in Bayern’s European dominance as he scored goals on all competitions and bailed Hansi Flick’s men out from dire straits.

It was a season which belonged to Lewandowski and therefore the forward was acknowledged and he won ‘The Best’ player of year award beating the likes of Cristiano Ronaldo and Lionel Messi. This was the first time that Lewandowski was nominated in the final three for the award and he ended up winning it.

Lionel Messi over the years has broken several records and that is why he is considered as one of the best in the sport. The 33-year old Argentine recently broke Pele’s record by scoring 644 goals for a single club, FC Barcelona. The record goal came when the Catalans were playing at Real Valladolid and Messi came up with a slick finish and inspired the Catalans to a 3-0 win.

With that goal, Messi broke Pele’s record of 643 goals which the Brazilian great scored during his 18-year stay at Santos. On this iconic occasion, American alcohol company Budweiser decided to send beer bottles to all the goalkeepers against whom the Argentine has scored in Barcelona colours as a gift of honour.