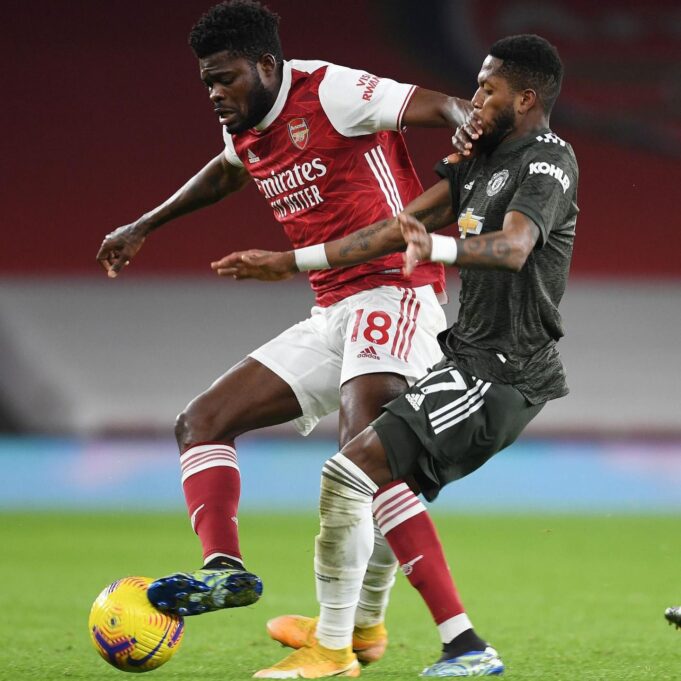 Arsenal midfielder Thomas Partey admitted that his performance in their goalless draw against Manchester United was not good enough.

Partey played from start to finish as both teams struggled to break the deadlock in Saturday’s Premier League encounter.

Back in November, the Black Stars midfielder produced a solid display in the middle of the park as Arsenal bagged a 1-0 win over United at Old Trafford courtesy of Pierre-Emerick Aubameyang’s strike from the penalty spot.

It was a contrasting outing for the 27-year-old on Saturday after he completed just one dribble, one key pass, one tackle and one interception registered in 90 minutes.

Despite his less than impressive contribution at the Emirates Stadium, Partey was pleased to help the Gunners extend their Premier League unbeaten streak to seven games.

“Not my best game but I’m happy to make 90 minutes and also continue with our Premier League unbeaten run,” he wrote on Instagram.

Partey will aim to be back to his best and help Arsenal continue their impressive league run when they visit Wolverhampton Wanderers on Tuesday.

They are ninth on the Premier League table with 31 points from 21 matches.

Meanwhile, Manchester United legend Roy Keane has backed the Ghana international to be an established star at the Emirates Stadium.

“He came in on transfer deadline day, so he never got quite up to speed, so it wasn’t a surprise that he got injured,” Keane was quoted by Sunday Mirror.

“He’s going to be a big player for Arsenal over the next few years.

“His track record… he’s used to playing in the biggest games, we know the important role in the middle of the park for Arsenal, they’ve lacked the physical presence.

“I’ve got no doubt that if he stays fit – which we’ll probably see more of next season – then he’ll be a big player for Arsenal.”