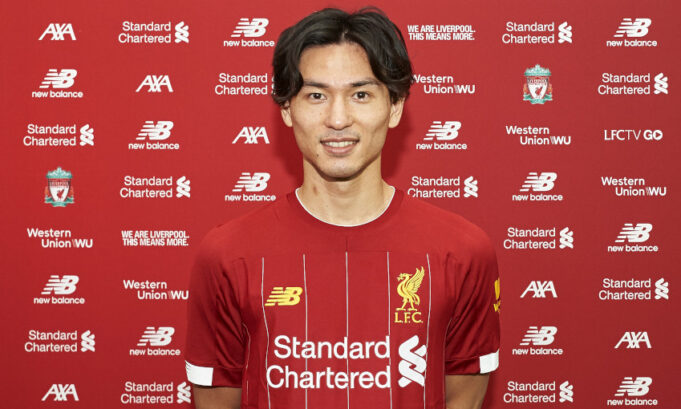 Liverpool fans are hoping to see Takumi Minamino to perform after he was chosen to start ahead of Mohamed Salah against Crystal Palace.

After a hectic fixture schedule, Jurgen Klopp has opted to name Salah on the bench, with the attacker having already played four games in the space of under two weeks.

Starting in Salah’s place is Minamino, who is yet to properly hit form at Anfield since his January move from RB Salzburg.

This will be the Japanese attacker’s fourth Premier League start since his transfer and, without a league goal to his name, fans are eager to see him step up.

Klopp’s management of Salah during a busy season has prompted plenty of debate.

The 28-year-old was visibly annoyed when he was substituted after just 64 minutes in last month’s draw with Brighton, but Klopp defended his reaction.

He said: “If Mo is smiling when he leaves the pitch then something’s wrong. We have to be careful, he doesn’t like that, but that’s it.

Yet the decision to start Salah – and play him for the full 90 minutes – in a Champions League dead rubber against FC Midtjylland subsequently raised eyebrows among Reds fans.

Salah being rested brings to an end of a run of seven straight starts.

The forward missed the Reds’ 3-0 win over Leicester City last month after the international break due to a positive coronavirus test.

Since then, he has started in seven straight matches, including scoring in each of the Reds’ last four games.

He has so far netted 14 goals in 20 matches in all competitions this season.