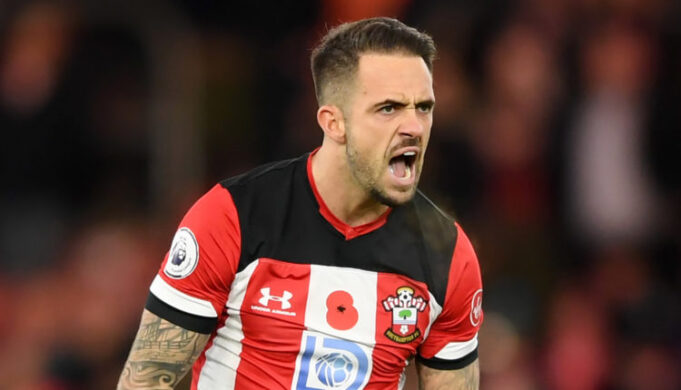 Southampton ended Everton’s unbeaten start to the season as goals from James Ward-Prowse and Che Adams sealed a 2-0 win against the Premier League leaders on Sunday.

Everton had gone eight games without defeat in all competitions this term, but they paid the price for a lethargic display at St Mary’s.

Carlo Ancelotti’s side fell behind to Ward-Prowse’s first-half goal and Adams doubled their lead before the interval.

Everton left-back Lucas Digne was sent off for a dangerous challenge on Kyle Walker-Peters in the second half despite his claims he tripped when he stood on the Southampton defender’s heel.

Without the suspended Richarlison and injured Seamus Coleman after the stormy Merseyside derby draw with Liverpool last weekend, Everton lacked the drive and quality that had been the hallmark of their strong start to the campaign.

They remain above champions Liverpool on goal difference after a result that should serve as a reality check.

Southampton have now only lost twice in 13 league matches and climbed within three points of first place.

An entertaining encounter got off to a fast start when Danny Ings picked out Ryan Bertrand and his pass found Nathan Redmond for a shot that whistled past the post.

Gylfi Sigurdsson went even closer with a blistering 20-yard drive that cannoned off the crossbar with McCarthy grasping at thin air.

Jordan Pickford was in action for the first time since his ugly tackle on Virgil van Dijk left the Liverpool defender with a serious knee injury.

Pickford had been subjected to vicious abuse on social media, but Ancelotti refused to take the error-prone keeper out of the spotlight.

Pickford made a good save to deny Oriol Romeu’s blast, but the England international had no chance when Ward-Prowse put Southampton ahead in the 27th minute.

Ward-Prowse passed into Ings, who returned the ball to the midfielder, who took one touch before firing into the far corner for his first goal of the season.

Adams doubled Southampton’s lead eight minutes later when Ings’ rampaged past Ben Godfrey and Yerry Mina before lofting a cross to his strike partner, whose shot deflected off Sigurdsson on its way past Pickford.

Southampton were in complete control. Stuart Armstrong had a strike disallowed for offside just before half-time.

Everton had never won a Premier League game when they trailed by two or more goals at half-time.

The visitors were marginally better in the second half, but James Rodriguez wasn’t having his usual influence on Everton’s play and their attacking threat was neutered.

Everton’s last hope vanished in the 72nd minute when Digne was dismissed for his awkward foul on Walker-Peters.