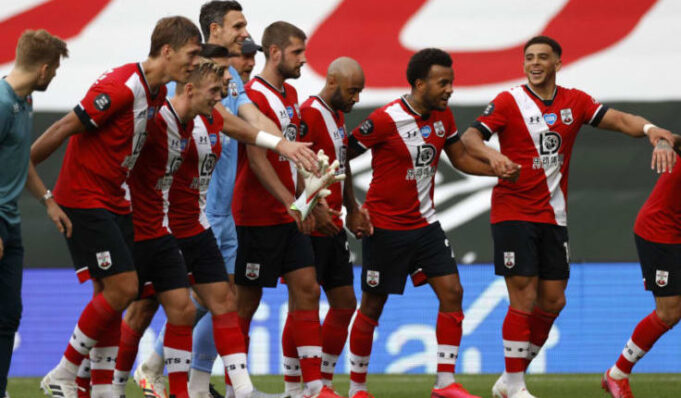 The Saints have committed to a five-year partnership with the Danish sportswear brand, with the iconic chevrons set to return to their shirts as of 1 July 2021.

Hummel previously provided the south coast club’s gear between 1987 and 1991, with all of the designs inevitably becoming cult classics in the age of vintage football shirts being bang on trend – especially the jersey introduced in the 1987/88 season, which was based on Denmark’s 1986 World Cup shirts.

Speaking on the deal, hummer CEO Allan Vad Nielsen said: “After 30 years apart, we’re extremely proud and honoured to be back as an official partner of Southampton FC.

“Football is engrained in our brand DNA at hummel and the partnership with Southampton represents another huge step of our ambitious growth plans and expansion internationally. Southampton has continuously proven its pioneering and innovative approach in the game and along with its strong values and history, this is a perfect fit for hummel.

Southampton’s chief commercial officer, David Thomas, added: “From the moment we first met the hummel team it was obvious there was a great connection between us, not only because of our past history, but also because of the potential of what we could achieve together in the future.

“Hummel’s core mission of wanting to change the world through sport aligns perfectly with our disruptive approach to how we behave on and off the pitch.”

Hummel provide kits for a select few teams in English football, including only Everton in the Premier League. Bristol City, Middlesbrough, Charlton and Coventry City are the only other sides to benefit from their unique designs.

The deal cuts short Southampton’s seven-year contract with Under Armour, which began in 2016, with the five sets of kits produced since then receiving mixed reviews from supporters. According to The Athletic, the brand has changed it focus to individual athletes rather than teamwear and this move had been coming for some time.

In an official statement, the club said: “The club can also confirm that it has mutually agreed with Under Armour to end its existing partnership at the end of the 2020/21 season, following Under Armour’s shift in marketing strategies.”

The American sportswear giant moved away from the traditional red and white stripes for the second time this season, with the Saint’s donning a red home shirt with white sash for the first time in their history to mark their 135th anniversary.