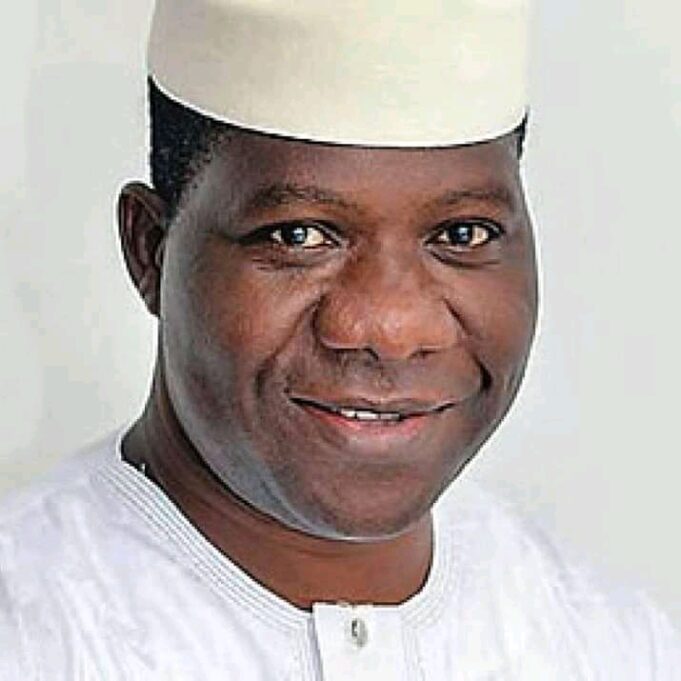 Achieftain of the AllProgressives Congress (APC), Senator Michael Opeyemi Bamidele, has formally
notified his party about his
intention to run for the governorship election in 2022.
Senator Bamidele, Chairman, Senate Committee on
Judiciary, Human Rights and
Legal Matters who stormed
the Ajilosun state secretariat
of the party said he was prepared to run a peaceful and
scientific campaign urging the
party leaders to give level playing ground to all contenders.
The governorship aspirant
also used the opportunity to inaugurate his constituency office .
Accompanied by his teeming supporters and political
associates, the senator who
almost lost his life on June 1,
2018 at a similar political rally
said God Almighty had saved
his life to serve humanity.
He expressed confidence
that Governor Kayode
Fayemi won’t impose a candidate during the 2022 primary
of the APC.
Bamidele described himself as the best to govern Ekiti in view of his experiences
in public service that spans
over 30 years and cuts across
the executive, legislative and
judicial strata.
Addressing the party leaders, Bamidele said his contributions in the Senate included his being instrumental to
the passage of a bill for the
establishment of a Medical
Science University and a
branch of Law School in the
state, saying these were well
amplified testimonials to his
competence to lead Ekiti.
Cataloguing his achievements as a Senator, Bamidele
revealed that he had secured
employment for 79 citizens
of Ekiti as a Senator and
had empowered over 4,000
persons in his Senatorial
district, including physically-challenged.
Speaking about why he
decided to plunge into the
race, Bamidele said: “We will
strive hard to ensure that we
don’t create crisis for APC. I
am particularly happy that
the party has not endorsed
anybody or is under any instruction to impose anybody.I know that Governor Kayo

de Fayemi won’t do anything
that will scatter the party as
a leader, I am confident that
this will not happen.
“The January 22 primary
is not the ultimate but how to
win the June 18 election. I am
convinced that the Chairman
is a gentleman, I have known
some of you for a long time as
men of integrity.
“I am comfortable with the
leadership and our Governor.
I know that the governor can’t
impose neither me nor anyone, for the sake of our party.
I won’t be a politician that
will terrify Ekiti, I will rather
work for its comfort.
“We can’t fight because of
the party primary. This is afamily affair. I won’t do any

thing that will cause tension in Ekiti and APC. Only one per

son will be a candidate and we
should all work together and
claim the victory together.
“I am not the only one that
is qualified to be governor,
but I have qualities that can
make me outstanding governor. There are three arms
of government, judiciary,
executive and legislature. In
the Judiciary, I belong to the
body of benchers, the highest
decision making body in the
sector.