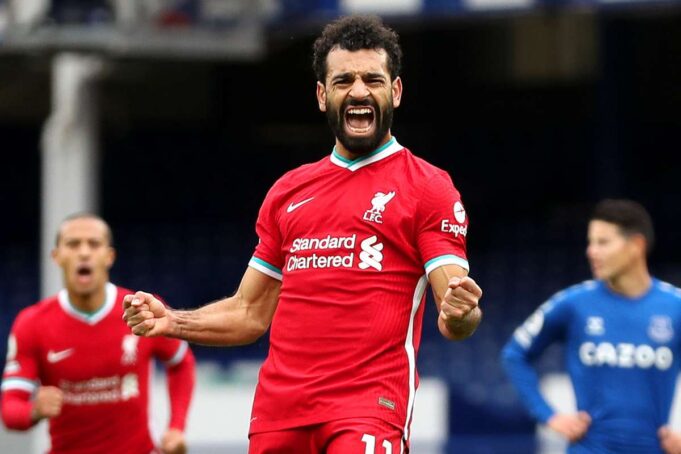 Mohamed Salah scored his 100th goal for Liverpool in the Merseyside derby against Everton at Goodison Park.

Salah, who struck in the 72nd minute, is the third-fastest player in history to reach that total for Liverpool after managing it in 160 appearances.

Liverpool, who were coming off the back of a shock 7-2 defeat to Aston Villa before the international break, took a third-minute lead through Sadio Mane.

But, after Virgil van Dijk departed injured following a collision with Jordan Pickford, Everton got back on level terms through Michael Keane in the 19th minute.

Salah got the visitors back in front in the final quarter of the match when Yerry Mina’s clearance fell to him.

But Dominic Calvert-Lewin continued his fine scoring form to drag the hosts level for a second time soon after.