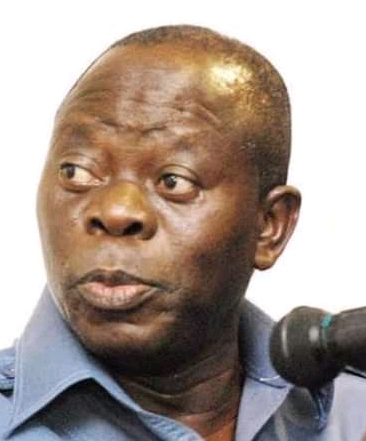 A group, under the aegis of
Team Alimikhena, has said
that aspiration of the former
national chairman of the
All Progressives Congress
(APC), Adams Oshiomhole,
for the Senate in 2023 general
elections, would polarise the
party in Edo-North Senatorial District of the state.

The group, which noted
this in a statement signed by
Sunny Ifijen, convener and
Omeiza Ogumah, secretary,
feared that what happened
in the 2020 governorship election where party members
worked at cross purpose may
repeat itself in Edo-North in
2023.

It said this is particularly
so because, while people of
the senatorial district accept
Oshiomhole’s leadership,
they reject his aspiration for
the senatorial seat, urging the
former governor to remain a
king maker.

The group said the rejection of his aspiration is so
because the people want the
incumbent, Francis Alimikhena, back in the Senate as
a form of compensation for
his wonderful work in addition to keeping the party together in the district