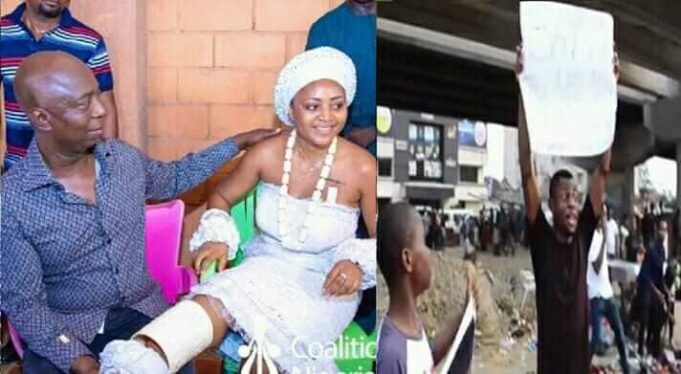 Following Ned Nwoko’s statement on the possibility of marrying another wife, fans of his 6th wife, Regina Daniels have taken to the streets to protest against such decision.

In the viral video, Ned Nwoko revealed that he can choose to marry another wife and Regina can do little or nothing about it.

On that note, a concerned group of people who parade themselves as Regina Daniel’s fans took to the streets to protest against the 64-year-old former lawmaker.

One Mcdiamondv on Instagram shared a video of himself and his crew campaigning against the billionaire husband, Ned Nwoko from bringing in a seventh wife.

According to him, he forbids Regina Daniel from turning a full housewife.

While sharing the video on Instagram, he wrote; “mcdiamondv saw in a dream, where the money man @princenednwoko married more wives. That’s why we took to the streets in Port Harcourt. So please all @regina.daniels fans around the globe, join us to say no to our model become a second class wife or a housewife, no to Him marrying more wives. Its time to all show her we love her and care so much about her affair.”