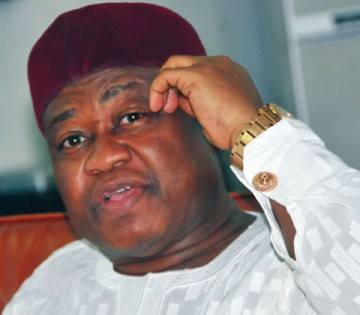 President Muhammadu Buhari has expressed shock and sadness at the death of the Publisher of Leadership Newspapers, Sam Nda-Isaiah, describing him as “a friend and ally.”

The President in a statement issued by his Special Adviser on Media and Publicity, Chief Femi Adesina early hours of Saturday, condoled with the media fraternity, the Nda-Isaiah family, friends and associates of the deceased, saying “the country has lost a man of conviction, a resolute and dogged believer in a better Nigeria.

“He will be sorely missed. This is a massive fish gone out of the media ocean,” President Buhari further said of the pharmacist, renowned columnist, and one-time presidential aspirant on the platform of the All Progressives Congress (APC).

Sam Nda-Isaiah, a trained pharmacy, worked briefly as a pharmacist at the Kano Specialist Hospital before moving to General Hospital, Minna. He began his columnist work with The Daily Trust Editorial Board as a board member and worked as a committee member in the Kano State Government to revive The Triumph, a Kano owned newspaper.

In 2003, he headed Mohammadu Buhari’s presidential campaign publicities. In 2001, Sam Nda-Isaiah founded the Leadership Newspaper Group. He had a weekly column in Daily Trust titled “Last Word and Earshot”. After that, he established the Leadership Newspaper, where the column became one of the most popular in Nigeria. Sam Nda-Isaiah, was born on May 1, 1962. was aged 58.

How Maradona Scored Most Controversial Goal In Football History