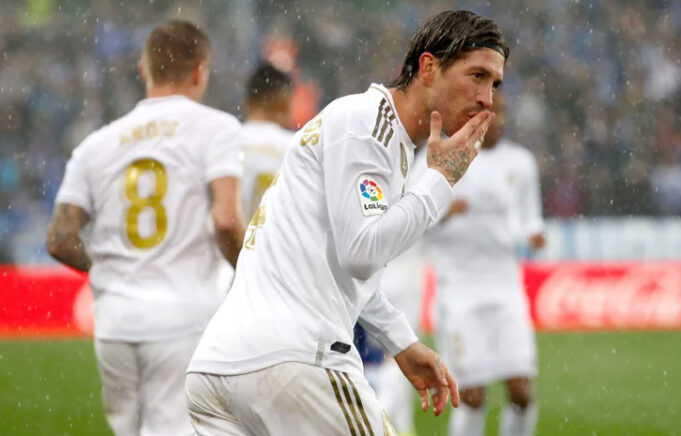 The Madrid derby takes place on Saturday and Zinedine Zidane still has decisions to make on his starting lineup as Atletico Madrid travel across town to take on Real Madrid.

A win in midweek saw Los Blancos qualify as group winners in the Champions League, as Zidane survived calls for him to leave following a bad run of results. However, with their local rivals currently sitting top of the league and unbeaten, there is extra incentive for them to get their season back on track.

Here’s a look at who should start the game for Real to give them the best chance of getting three points.

Thibaut Courtois (GK) – Undisputed number one goalkeeper and the best option at this club. He must start.

Dani Carvajal (RB) – The best right back at the club is an academy man and will relish this game more than most. Carvajal is back from injury and should start the game.

Raphael Varane (CB) – Struggled in recent weeks without his captain alongside him, but is still one of the world’s best defenders.

Ferland Mendy (LB) – The Frenchman has displaced club legend Marcelo as first choice left back and has proven very reliable at both ends of the pitch.

Casemiro (DM) – Arguably the best defensive midfielder in the world, Casemiro tends to have his best games against the best teams.

Toni Kroos (CM) – The German always performs in the big games and has technical quality for days. Still world class and without the legs of Valverde, Kroos must start.

Luka Modric (CM) – The 2018 Ballon d’Or winner was back to his best in midweek against Borussia Monchengladbach and should look to carry that form into this game.

Lucas Vazquez (RW) – He’s played as a makeshift right back in recent weeks and done well, so with Carvajal back he deserves to keep his place in the side in his natural position.

Karim Benzema (ST) – Much like Ramos, when Benzema is fit he starts. He has seven goals in his last seven games and will be involved in anything good Real Madrid do going forward.

Vinicius Jr (LW) – The Brazilian’s direct running, skill and speed will be a big threat to Atletico’s defence and he has been in decent form recently.