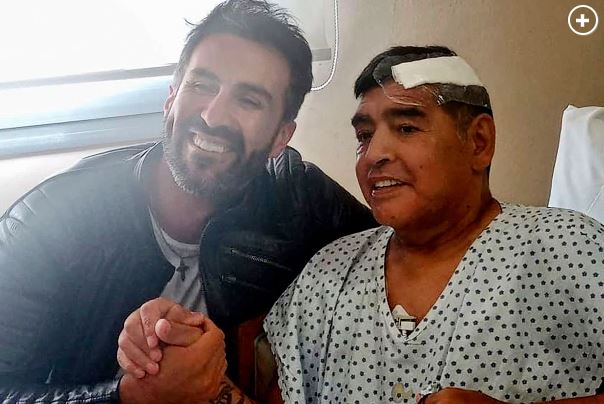 The doctor of the late Diego Maradona is being investigated for possible manslaughter relating to the Argentina, Napoli and World Cup legend’s death at the age of 60 last week.

The world of football has paid its respects to Maradona and Argentina began a three-day period of national mourning for one of the greatest and most revered players of all time.

Maradona died of a heart attack just under four weeks after undergoing surgery to treat a blood clot in his brain. Now, the BBC reports that police in Buenos Aires are taking a close look at Dr Leopoldo Luque to establish whether there was any medical negligence after the initial operation.

It is reported that Maradona’s daughters are pressing for details about their father’s medication and Argentine authorities have raided Luque’s home and clinic in order for prosecutors to try and to gain an understanding of the star’s final days and his treatment.

The main issue appears to be that Maradona’s recovery at home after the surgery on his brain may not have met the necessary conditions of his discharge, such as the presence of specialised nurses, an on-call doctor and an ambulance equipped with defibrillator.

Dr Luque has not been charged with anything and denies all wrongdoing.

Maradona was laid to rest at a small funeral ceremony attended by only family and close friends in Buenos Aires on Thursday. He was buried at Jardin Bella Vista cemetery next to the graves of his parents, Dalma and Diego Sr., who died in 2011 and 2015 respectively.

Huge crowds also gathered in Napoli to pay respects to Maradona. He spent seven years there from 1984 and completely transformed the club, breaking the Serie A dominance of the wealthy north.

With fans outside, Napoli paid tribute to Maradona ahead of their Europa League clash with HNK Rijeka on Thursday night. As the teams lined up for the game, each Napoli player wore a shirt bearing Maradona’s name and famous number 10.

Over the weekend, Argentine superstar Lionel Messi dedicated his goal for Barcelona to Maradona, putting on his hero’s Newell’s Old Boys shirt and pointing to the sky.