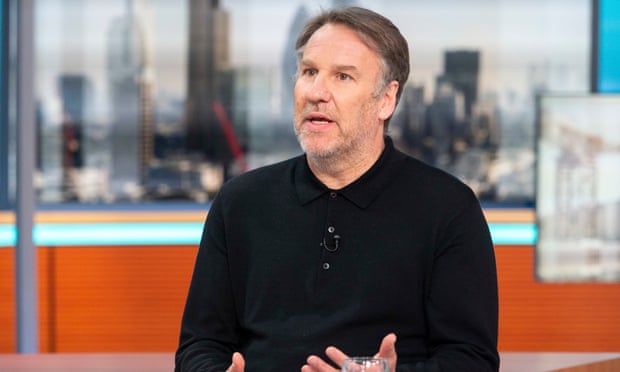 Paul Merson has urged Mikel Arteta to apologise to Arsenal outcast Mesut Ozil and recall him to the Gunners’ squad in January. Arteta left German playmaker Ozil out of his Premier League and Europa League squads earlier in the season. While some pundits and fans initially understood the decision, it is looking like an increasingly rash move given Arsenal’s recent poor form and struggles in front of goal. Merson believes Ozil deserves an apology and says Arsenal will be ‘missing a trick’ if they do not allow him to return in January when the new squads are confirmed.

Arsenal could still be playing Tottenham NOW and they wouldn’t have scored a goal,’ Merson told Starsport. ‘What can they do in January to fix it? Go and knock on Mesut Ozil’s door, say you’re sorry and you need him to play! ‘Arsenal were atrocious against Spurs. They never looked like scoring. Ozil’s getting £350,000-a-week and sitting at home while his team can’t score.

‘I’m not saying play him against Manchester City or Liverpool, when you’re not going to see much of the ball. ‘But against teams like Spurs or Burnley, he can get on the ball and dictate things and make a few decent chances. ‘They could re-register him in January. They’re missing a trick if they don’t.’ Arteta’s side are 15th in the Premier League ahead of Sunday’s clash against Burnley, and Merson expects Arsenal to get back to winning ways despite their recent poor form.

He added: ‘I just don’t know where Arsenal are going right now. ‘The manager was talking after the Spurs game as if they’d played well. I hope he doesn’t actually believe that! ‘You would still expect them to beat Burnley. It’s a nice game for them. Burnley don’t have the pace on the counter to hurt Arsenal, and they don’t score many goals. ‘Arsenal should beat them. But it will only be papering over the cracks if they do.’