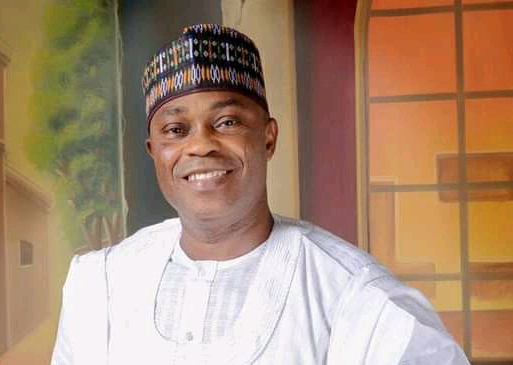 Abiodun Akinlade ,member representing Yewa North at the House house of representatives , is also an aspirant of Ogun West Senatorial district in the forth coming primaries, expressed confidence in clinching the Senatorial ticket of the district.

Akinlade was born in Yewa, lives and schooled in the district.

He spoke with journalist at a press briefing, showed his displeasure over Senator Olamilekan Adeola ‘s movement from Lagos to Ogun,to contest in Ogun West Senatorial district.

Akinlade described Adeola as a man who has been in parliamentary business for 20years, representing Lagos West, has not shown any meaningful achievement .

He asked politicians to engage in issue based politics and NOT money politics. Saying Ogun West politicians are not poor.

Big names and party big wigs maybe behind Adeola, we know ourselves in Ogun West .

Hon Abiodun Akinlade was born in Yewa, elected into the House of Representatives in 2011 till date.