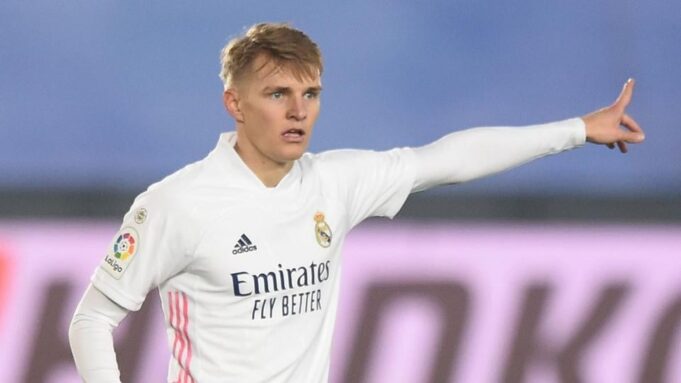 Martin Odegaard has completed his medical and met his new team mates as Arsenal prepare to announce the midfielders arrival from Real Madrid on a short-term loan deal, according to Goal.

The Gunners have been looking to bring in another creative midfielder this month and Odegaard emerged as a prime target last week when Sky Sports reported the north Londoners had made an approach to Madrid.

Despite rival interest from the likes of Real Sociedad and Leicester City, Arsenal were able to convince Odegaard to join the club and the Daily Mail reported on Sunday night that the player was en route to the UK to complete his move.

Goal journalist Charles Watts has now provided an update and he says the 22-year-old has spent the day at London Colney where he completed his medical checks and met his new Arsenal team-mates.

Odegaard also went through club media duties so it looks as though the deal is on the verge of completion but Watts claims any official announcement is unlikely to happen until Tuesday.

Martin Odegaard has spent the day at London Colney meeting his new team-mates, undergoing all the necessary medical checks and going through all the usual club media duties ahead of his move from Real Madrid. Told announcement is more likely to come tomorrow rather than today.— Charles Watts (@charles_watts) January 25, 2021

The Daily Mail says Arsenal will pay Real Madrid a loan fee worth around £2.5m to sign Odegaard for the rest of the season and will cover the players wages but they won’t have an option to make the deal permanent in the summer.

So, barring any late complications, the Norwegian international will become Arsenal’s second signing of the January transfer window after goalkeeper Mat Ryan arrived on loan from Brighton & Hove Albion on Friday.

Odegaard decided to leave Madrid in search of regular first team football having made just five starts for the Spanish giants this season and he’ll provide completion for Emile Smith Rowe in the No.10 role at Arsenal during the second half of the campaign.

Odegaard is considered to be one of the best young playmakers in Spain and he contributed seven goals and nine assists in 36 appearances for Real Sociedad last season so he should add some much-needed creativity to Arteta’s squad.