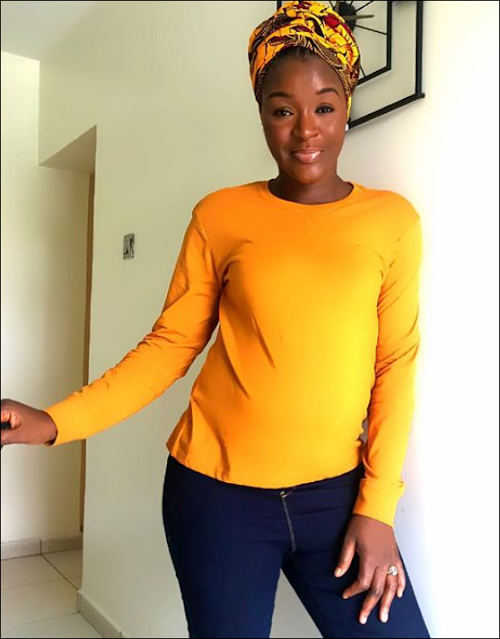 Nollywood actress, Chacha Eke Faani has come out to address the controversies trailing her marriage to her husband Austin Faani.

The mother of three who is pregnant with her fourth child, insists that her marriage is intact and that she can never leave her husband and children. She stated that the drama that has surrounded her marriage lately is due to the bipolar disorder she’s suffering from.

Recall that some days back, Chacha took to social media to share a video announcing the end of her marriage to her movie director husband. In a video shared on October 3, the screen diva stated that she was done with her 7-year-old marriage. A few days later, she shared another video from a hospital bed disclosing that she has been diagnosed of having “Bipolar disorder”, while debunking allegations that her marriage ended due to domestic violence.

However her brother, Aik Eke took to Instagram to counter her claim, stating that his sister is not bipolar and he’s aware that there’s a cover up somewhere. He blamed Chacha’s husband, Austin for trying to clear his name at his wife’s expense. Chacha has now released a new video, claiming that she’s still with her husband and that she can never leave her marriage and family.

“As has been peculiar with my previous pregnancies, something in me erupts whenever I am pregnant. That thing has been diagnosed a few days ago to be bipolar disorder. It makes me think crazy, talk crazy and act crazy.

I am not leaving my husband, I will never leave my husband and my children and my home. My family, having a home, being Mrs. Faani and mother to the beautiful children God has given me is too much blessing to take for granted. “And so, I say this to as many as are out there, I didn’t leave my home and I am not leaving”