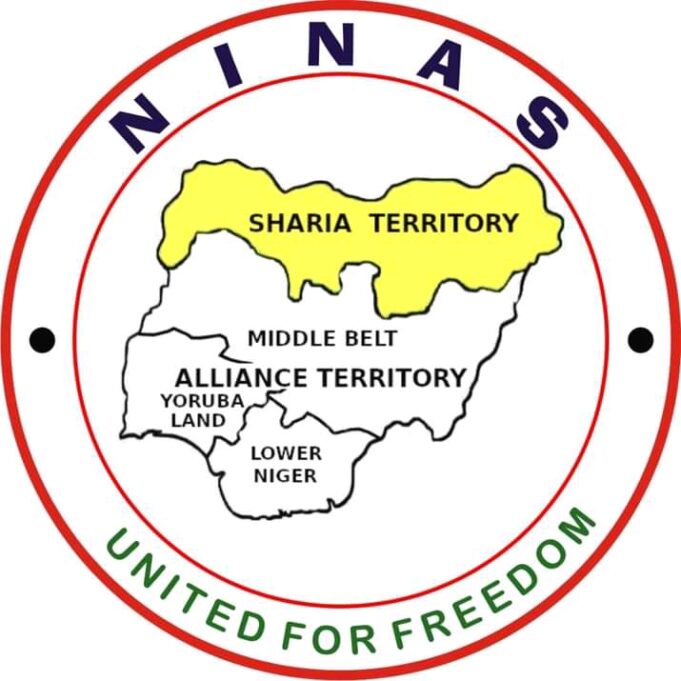 Contrary to speculations, the Nigerian Indigenous Nationalities Alliance for Self-Determination (NINAS) has said that the alliance remains intact and focused on its stated mission despite the resignation of its erstwhile Chairman, Prof. Banji Akintoye and the exit of his faction of Ilana Omo Oodua.

According to a press statement by Tony Nnadi, Convening Secretary, NINAS Board of Conveners, issued to newsmen on Wednesday, an emergency conclave of the board of the conveners of NINAS was held on Wednesday, “to review among other things, recent developments in one of our alliance organizations, Ilana Omo Oodua; the resignation of Professor Banji Akintoye from the Chairmanship of NINAS and the exit of his faction of Ilana Omo Oodua from the NINAS Alliance.”

The statement said that the gathering was to address the deluge of enquiries that poured into the NINAS secretariat from concerned members of public regarding these developments.

Recall that NINAS Secretariat, while reaching out to all sides involved, had on November 18, 2021, issued a statement to calm altercations arising from an Ilana Omo Oodua press conference addressed by the Deputy Chairman of Ilana Omo Oodua, Shade Olukoya, concerning months of lingering difficulties within Ilana Omo Oodua, bordering on certain actions and liaisons of the leader of the group, Prof. Akintoye, that could imperil the self-determination campaign of association, inviting Prof Akintoye, therefore, to step back from his role as Ilana leader in order to abate the many conflicts and controversies emanating from the aforementioned actions and liaisons.

The statement noted that while “frantic mediation efforts were still being made by the secretariat to douse tension, one Maxwell Adeleye, who described himself as “Communications Director” of Ilana Omo Oodua, issued and massively circulated in the media outlandish falsehoods in which he avoided the well-known issues rocking Ilana Omo Oodua and claimed, among other things, that the sum of N350 million was disbursed by Abuja to procure the Ilana press conference of November 18, 2021.

Adeleye also deliberately created the impression that NINAS was somehow behind the Ilana Press Conference of November 18, 2021.

It noted that unfortunately and to NINAS’ utter shock, “Prof. Akintoye, who knew for certain that these claims of Adeleye were just fabrications, went on to corroborate the fabrications in a virtual meeting of a Yoruba Global Audience the next day, putting names and motives to Maxwell’s falsehoods.

“In that virtual meeting, Prof. Akintoye said that the money from Abuja came from Vice-President Yemi Osinbajo and given to Shade Olukoya for the purpose of dragging him (Akintoye) off the stage.

“To compound matters, the Prof. Akintoye alleged that Olukoya had been pressuring them in Ilana to help work Vice-President Osinbajo into becoming the next President of Nigeria. We do hope that Professor Yemi Osinbajo will take up this matter with those who crafted and circulated this tale.

“The statement issued by Maxwell Adeleye on behalf of Prof Akintoye and 43 others, November 30, 2021, conveying the resignation of Prof. Akintoye from the chairmanship of NINAS, as well as the exit of his faction of Ilana Omo Oodua from the NINAS Alliance, contained even more egregious falsehoods.

“The false impression was deliberately created by the said November 30, 2021 statement that there was a type of self-determination being pursued by NINAS and LNC that was different from the type that Ilana Omo Oodua was pursuing,” NINAS noted

According to NINAS “This is strange because the objectives, roadmap and strategy outlines of NINAS are very clearly stated in all of NINAS’ Public communications over the years particularly the December 16, 2020 NINAS Constitutional Force Majeure Proclamation.

“Combined with the earlier falsehood that Abuja had procured the November 18, 2021 press conference, it is clear that the orchestrations of the departed faction of Ilana were targeted at deceiving the public into believing that NINAS was somehow working for other objectives apart from its clear-cut and unwavering pursuit of self-determination for all the indigenous nationalities of the alliance territories being the South and Middle/Belt of Nigeria.”