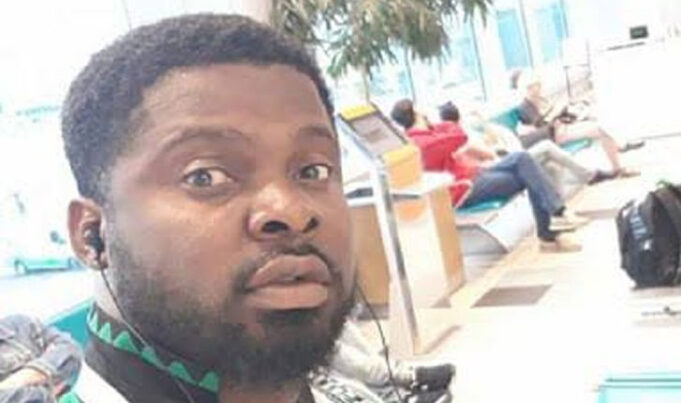 There is a change of guard in the media department of the Super Eagles as the Nigeria Football Federation (NFF) has announced Brila FM’s Babafemi Raji as the new Media Officer of the Super Eagles. Raji takes over from Toyin Ibitoye, who has been on the job in the past five and half years.

Raji, presently the Group Manager, Programmes and Contents in Brila Media Group, started sports journalism as a freelancer with NTA Ile-Ife between 2003 and 2006 while studying at the Obafemi Awolowo University, Ife.

On graduation with Bachelor of Arts in English, he joined Radio Brila, Nigeria’s first all-sport radio station in 2008.

He was a member of the 2010 FIFA World Cup Media Committee set up by the tournament sponsors and is a certified management consultant and a fellow of the Institute of Management Consultants.

Also on Tuesday, the NFF announced the appointment of Mrs Oluchi Tobe-Chukwu as the Media Officer of the Senior Women National Team, Super Falcons. She takes over from Miss Jane Onyinye Nweze.

Oluchi Tobe-Chukwu, popularly known as tobexSports, is an astute women football advocate and a writer with passion for domestic women’s league.

A Federal Government scholar as the second best graduating student in mass communication at the Federal Polytechnic, Auchi, she holds a master’s degree in the same discipline from the Lagos State University.

She’s a former footballer herself, having played for clubs like Hamza Queens, Flamming Flamingos and Ibom Angels before pursuing her education further.

NFF’s Director of Media and Communications, Ademola Olajire, praised Mr Ibitoye and Miss Nweze for excellent services rendered while they were with the Super Eagles and the Super Falcons respectively, and wished both of them good fortune in their future endeavours.

“Mr Ibitoye and Miss Nweze were superb to work with. They demonstrated excellent people skills and acuity, and were diligent, energetic and knowledgeable. We wish them the very best in their endeavours going forward.”

Barcelona To Sell Philippe Coutinho Due To High Wages