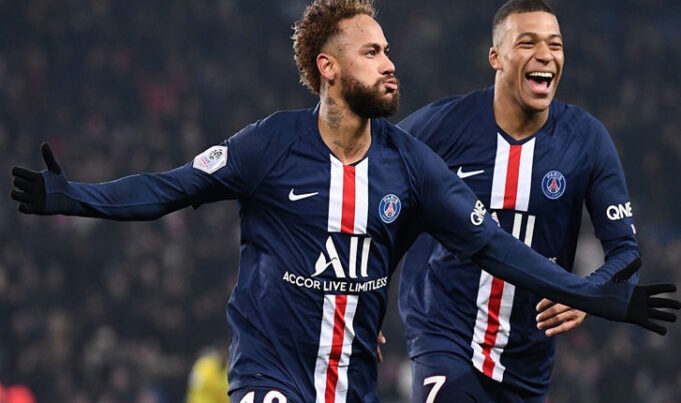 Neymar has declared himself to be “super happy” after testing negative for Covid-19 and returning to training at Paris Saint-Germain.

The Brazil international forward was one of several players at Parc des Princes to contract the disease.

He formed part of a party that took in a post-season trip to Ibiza.

Coronavirus outbreaks were reported on the Balearic Island, with Neymar among those left questioning why such a break was taken in.

All of those concerned have had to take in periods of self-isolation.

Neymar has completed his, with the South American sharing the news with his millions of followers on social media.

He posted: “I went back to training, super happy #CORONAOUT”

Neymar is now free to focus on his football once more.

PSG suffered a disappointing end to their campaign in 2019-20, with domestic successes followed by continental heartbreak.

Thomas Tuchel’s side came unstuck in the Champions League final against Bayern Munich, having reached that showpiece event for the first time in the club’s history.

The intention of those in the French capital is to return to that stage as quickly as possible and Neymar will be sticking around to aid that cause in 2020-21.

Despite facing regular rounds of speculation regarding his future, with transfer talk never far away, the 28-year-old told PSG Le Mag on his plans: “I am staying at PSG next season.