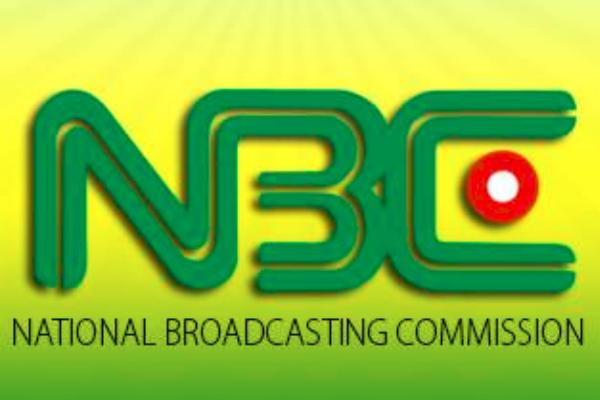 The National Broadcasting Commission (NBC) has im­posed N3 million sanction each on AIT, Channels and Arise News television sta­tions for alleged violation of broadcasting code in report­ing the #EndSARS protests.

NBC Acting Director-Gen­eral, Prof. Armstrong Ad­achaba, made the disclo­sure at a news conference on Monday in Abuja.

Idachaba said the sanc­tion would serve as deterrent to broadcasters who did not verify news stories before they broadcast.

He said the commission was concerned about the professional misdemeanor of some broadcasting sta­tions in the past couple of days.

“In line with the provi­sion of section 5.6.9 of the Nigeria Broadcasting Code which states that the broad­caster shall be held liable for any breach of the code emanation from the use of material from User Generat­ed Sources, the commission, therefore, sanctioned Arise TV, Channels TV and AIT in line with the provision of the broadcasting code.READ ALSONEWS

“No doubt, these pictures stimulated anger and height­ened the violence that was witnessed during the #End­SARS crisis.

“If you escalate the vio­lation that have emanated from the misuse of social media sources by broad­casting it will escalate the sanction.

“According to the provi­sion of the law, we can com­fortably shut them down be­cause what they are doing is capable of breakdown of law and order.

“No responsible country will sit down and allow any form of media to bring down the country.

“Look at the level of damage and killings that happened on account of un­verified news report.

“In line with the provision of the code section B which is heavy fine between N500, 000 and N5 million, we will communicate that to the af­fected stations depending on the magnitude of breaches.

“But none of them will pay less than N2 to N3 mil­lion and any further breach will lead to the withdrawal of licence,” Idachaba said.

The acting DG cautioned broadcasters against airing materials that could embar­rass individuals, organisa­tions or cause disaffection, incite to panic or rift in the society.

“We believe that the whole country has now seen why the spurious and reckless­ness on the social media must not be patronised by the mainstream traditional media.”

He said the burning of TVC Lagos, the brief clo­sure of Channels TV Lagos were worrisome indicators of mob treat to the freedom of press.

According to him, no na­tion can grow when the citi­zens muzzle and intimidate its press.