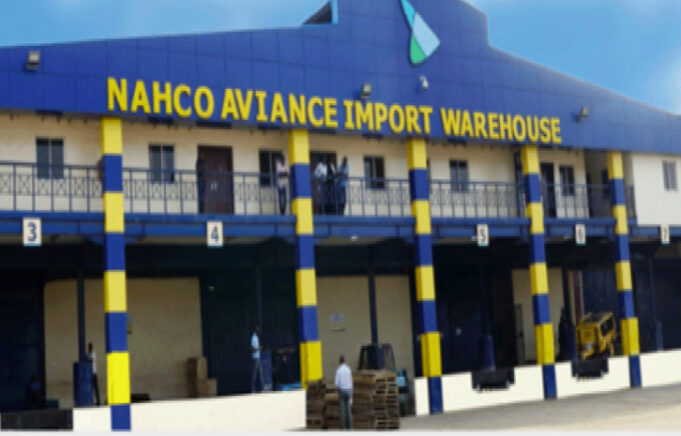 Rather, NAHCO said Yusuf resorted to blackmail when his attempt to get the sum of N125,900,000 from the group of companies failed.

Mrs. Olatokunbo Fagbemi, the Group Managing Director, NAHCO told journalists Saturday at the ground handling headquarters at the Murtala Muhammed Airport (MMA), Lagos that the company never engaged in such a dastardly act and would resort to it now.

Fagbemi explained that the case was before the court and wondered why Yusuf accused the company of such grave offence, which it could not substantiate.

She explained that the intent of Yusuf was to ensure a hostile takeover of the company by a faceless group, which he represented.

She said that Yusuf had claimed N125,900,000 severance package for heading the NFZ for seven months, stressing that he did not deserve such an amount of money.

According to NAHCO, Yusuf through his lawyers had threatened reputational damage to the company by petitioning different investigative bodies since he had been unable to get what he claimed to deserve despite the matter being in a competent court of law.

Tokunbo Fagbemi who read the company’s position on the numerous allegations said the silence was not an admission of guilt; rather that it was guided by its solicitors not to discuss the details of the matter.

Fagbemi explained that if such crimes existed in the company, Yusuf, his former employee should have raised the issues, but failed to do so even in his handover note to the company.

She said: “It is pertinent to note that at no time or in any handover note did Mr. Baba Yusuf raise any of these allegations as issues of concern or requiring board or management attention.

“Upon his resignation, he granted an interview praising NFZ, NAHCO and the new boards of the organizations. Following this, he attempted and failed to force NFZ to pay him an undeserved severance package of N125,900,000 as his performance bonus for seven months of non-performance as managing director of NFZ.

“He then through his lawyer, threatened reputational damage to NAHCO by petitioning different investigative bodies to review his tenure and file an action in court for recovery of his perceived claim, warning that his action would materially damage the corporate reputation and operation of the NFZ.”

The letter written to the Board of Directors NFZ on June 13, 2019 by solicitors to Mr. Yusuf, Tony Odiadi and Co and obtained by our correspondent titled: ‘Re: Mr. Baba Yusuf: Performance based Incentive Pay’ warned that if his client (Yusuf) was not paid his entitlements within 10 days, he would not hesitate to file necessary invitations to relevant investigative agencies on the tenure of Yusuf.

“Be informed therefore, that if after ten days from the date of this letter, our client is not paid his entitlements as stated, we shall have no option left, but to file necessary invitations to relevant investigative agencies on the tenure of our client with the facts at our disposal and commence legal action for the recovery of the said entitlement at the appropriate court of law,” it said.

Fagbemi expressed worries that rather for Yusuf to pursue his claims in court like he wrote, he resorted to several acts of blackmail, arm twisting and extortion by writing various petitions with baseless allegations against the company.

Buhari To Protesters: I Won’t Allow Anybody To Undermine National Security