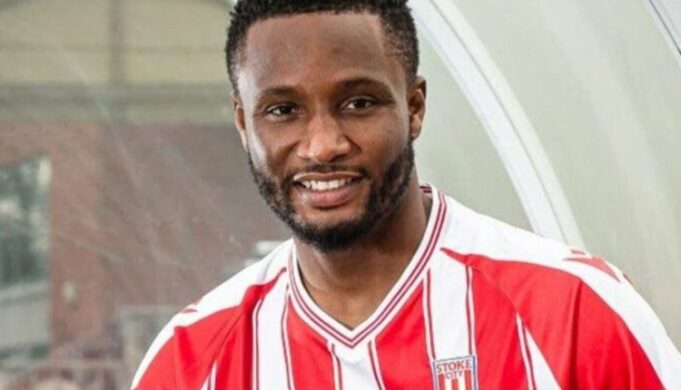 Stoke City of England mid­fielder, John Mikel Obi, is relishing his return to ac­tion after a long time out with injury and, though he got only 22 minutes under his boots during his first match back, the former Su­per Eagles’ captain admitted it was a big relief for him.

Mikel admitted he cher­ished the moment, as he re­turned to Stoke’s matchday squad and played a part in their 1-1 draw with visiting Nottingham Forest in an En­glish Championship clash at bet365 Stadium.

The encounter accorded Mikel the opportunity to dust himself off from a re­cent series of fitness issues and the veteran, who made the switch to Stoke in the summer, is happy that he bounced back from the inju­ry he copped during his side’s goalless draw with Sheffield Wednesday on November 28.

That means Mikel spent at total of 31 days out nursing the injury, but the long wait eventually came to an end on Tuesday, when Stoke’s coach, Michael O’Neill sent him on as a replacement for Jordan Thompson with 22 minutes left on the clock.

Mikel’s side went in front in the 18th minute through a direct corner from Thomp­son but an own goal by James Chester in the 65th minute allowed Nottingham Forest leave with a share of the spoils.