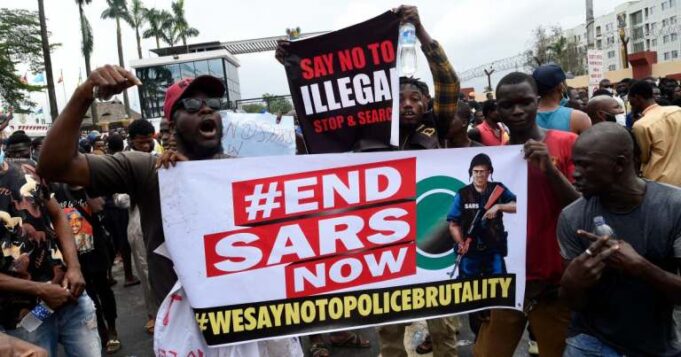 Men in Military uniform reportedly stormed the venue of the #EndSARS protesters in Lekki area of Lagos, last night, shooting indiscriminately to disperse them.

This action followed a curfew imposed by the Lagos State Government, following the violent dimension the protest had assumed in the state. It could however not be ascertained if anyone was killed.

But unconfirmed report said some persons died, while scores were injured.

Information received from protesters who managed to flee the scene revealed that the armed security men that fired the shots stormed the venue  unnoticed, switched off the lights before releasing volleys of bullets.

Efforts to get the reactions of the authority concerned failed as they claimed they were yet to get detailed information on the shooting.

Meanwhile, as at time of writing this report, eight police stations in Lagos had been set ablaze by hoodlums who hijacked the protest to unleash mayhem. The affected police stations were: Orile, Layeni Amukoko, Mushin, Ilemba Hausa Ilogbo Iyana-era and Ajagbandi divisions , including Cele Police out post under Ijesha division, killing two policemen and injuring many others.