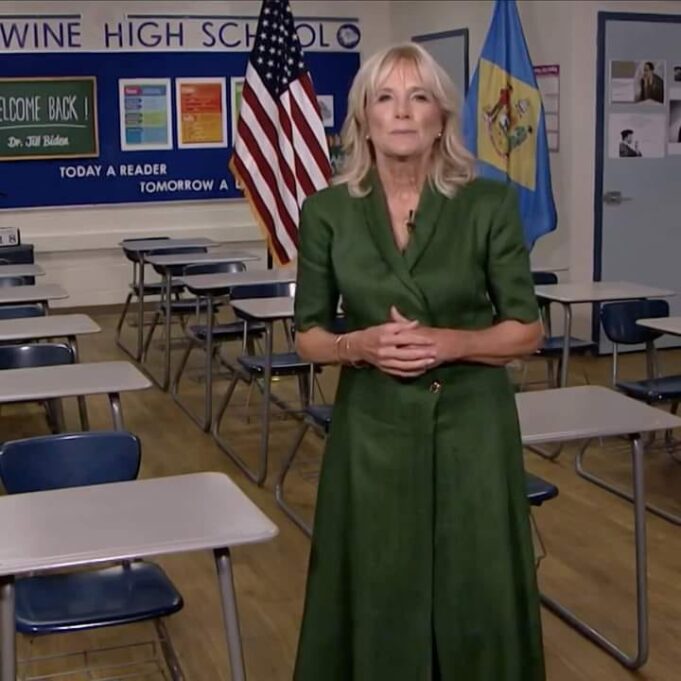 Jill Tracy Jacobs Biden (née Jacobs, formerly Stevenson; born June 3, 1951) is an American educator who was second lady of the United States from 2009 to 2017.

Born in Hammonton, New Jersey, she grew up in Willow Grove, Pennsylvania. She married Joe Biden in 1977, becoming stepmother to Beau and Hunter, his two sons from his first marriage; their mother and baby sister had died in a car accident in 1972.

Biden and her husband also have a daughter, Ashley, born in 1981. She has a bachelor’s degree and doctoral degree from the University of Delaware, as well as master’s degrees from West Chester University and Villanova University.

She taught English and reading in high schools for 13 years, and also taught adolescents with emotional disabilities at a psychiatric hospital.

From 1993 to 2008, Biden was an English and writing instructor at Delaware Technical & Community College.

Since 2009, she has been a professor of English at Northern Virginia Community College and is thought to be the first second lady to hold a paying job while her husband was vice president.

NAFDAC Must Approve COVID-19 Vaccines Before Use – DG