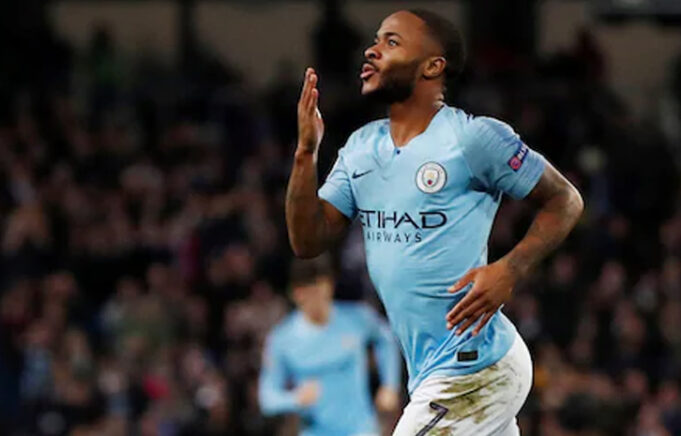 Sterling handed City an early lead at the Etihad Stadium, after being played through via a wonderful De Bruyne through ball. The England winger then showed his calmness and composure to slot the ball past Alphonse Areola.

Sterling then played a key part in Pep Guardiola’s side’s second goal of the game – just 21 minutes later – after being fouled inside the Fulham box. The 25-year-old was brought down by Joachim Andersen and the referee Jon Moss pointed to the spot.

De Bruyne stepped up and despite missing his last penalty against Liverpool, the Belgian converted by sending Areola the wrong way from 12 yards.

A very interesting stat has subsequently emerged following City’s second goal after some great work from Sterling. The former Liverpool man has now won 20 penalties, which is more than any other player in Premier League history, according to Opta.

Being just 25, it wouldn’t be too much of a surprise if Sterling won another 20 spot-kicks if he continues to perform the way he has been at the highest level.

Sterling was an unused substitute in last weekend’s 5-0 victory over Burnley, but Guardiola recently insisted the England forward would still have a huge part to play in Manchester City’s 2020/21 season.

“He doesn’t need to do anything differently. He’s an incredibly important player for us and the season is long,” Guardiola said in his pre-Fulham press conference. His contribution this season has been huge – it was in the past and will be in the future.

And then, when asked if Sterling had spoken to him about playing in every game possible, the City boss replied: “Yes. And Nathan Ake. And [Aymeric] Laporte, and [Kyle] Walker and [Joao] Cancelo and Ruben [Dias] and Eric [Garcia] and Kevin De Bruyne and Ferran Torres and Gabriel Jesus and [Ilkay] Gundogan. Everyone.

“We speak with the players every single day. I am on the pitch with them so I talk with them a lot.”