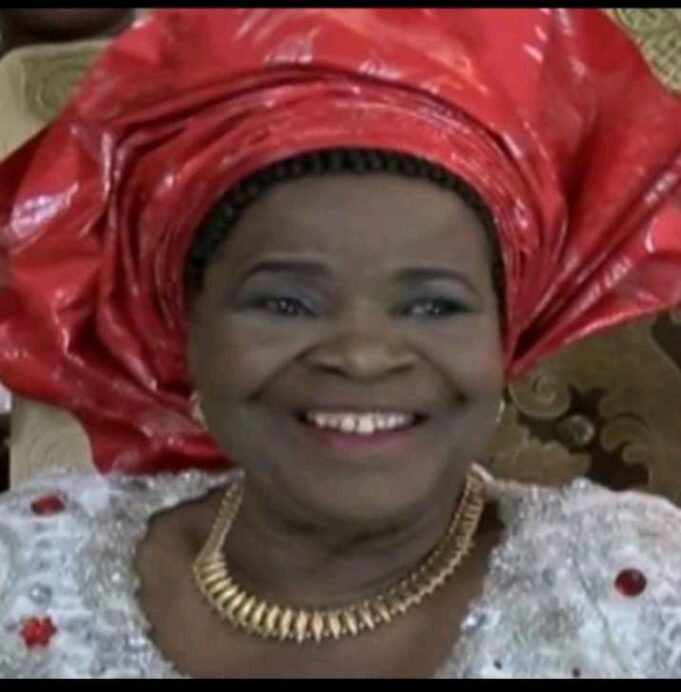 Chief Lucky Igbinedion, the former governor of Edo State, on Friday buried his mother, Mrs. Maria Igbinedion, declaring that the family was not grieving over the death of their mother who passed on at the age of 85 years because of the godly life she led but was heartbroken.

Igbinedion made the declaration during the funeral mass heldin her honour at the St. Augustine Catholic Church, Benin City.

The two term ex-governor of Edo State, said he and the entire household of Igbinedion have no reason to mourn their departed mother because she had led a fulfilled life and that she is in better place with her maker.

“We are heartbroken but we are not grieving because we know she lived a good life. And I will not say much about her because Most Rev. Fr Moses Iyara,
the parish priest of St. Augustine has captured everything eloquently.

“So I sincerely want to thank Fr Moses on his eloquent homily on my mother and what she truly stood for during her life time.

“I know she is in a better place as we speak. So, on behalf of our patriarch and the children of the house of Igbinedion, we sincerely want to thank you”, he said.

Earlier in his homily, Most Rev Fr. Moses Iyara said the Bible lessons reassured that the souls of the righteous are in the
hands of God like that of Maria Igbinedion who was passionate about communion and has an unquenchable love for the Eu