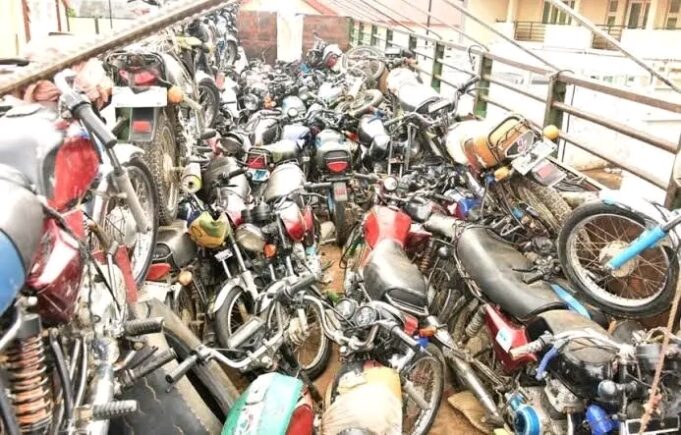 The Lagos State Taskforce has
carried out numerous raids
spanning a week in various
parts of the state to enforce and
maintain the ban on the activities of commercial motorcycles
plying major highways across
the state and also in six Local
Governments Areas and nine
Local Council Development
Areas as stipulated by the Governor.

The enforcement exercises
were spear-headed by the CSP
Shola Jejeloye Chairman of the
Agency, to Agege/Fagba, Apapa
and Ajah where operations of
okada had been largely reported to the Agency prompting the
raids.

Speaking on the incidents, he
described the activities of these
recalcitrant okada operators as
rebellious and vowed to ensure
that every single one of them
would have their bikes confiscated and crushed by the State Government if they fail to adhere to
the ban on their operations.
“We carried out these marathon raids across the State
because pockets of okada operations in some of the areas visited, mostly in the evenings and
during the day in order to ensure
that the ban on their activities is
completely achieved”