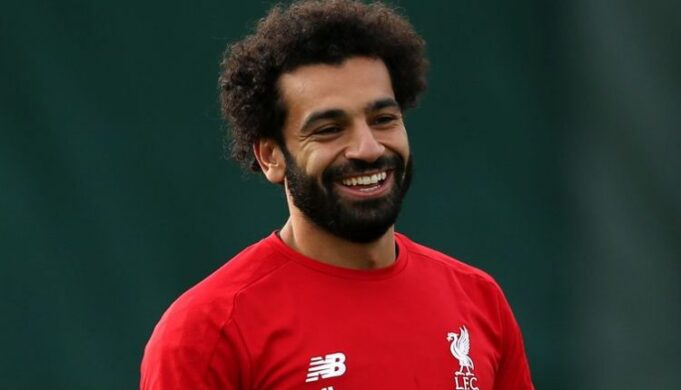 Mohamed Salah is in line to return to Liverpool’s starting XI on Wednesday night as he looks to put his battle with Covid-19 behind him.

Salah tested positive for the novel coronavirus on November 13 while on international duty with Egypt.

‘All the tests were negative so if nothing changes he is available. We have to see what we can do with that.’

Salah returned to unfamiliar surroundings on Monday following Liverpool’s move from their Melwood base to the new AXA training ground, but the 28-year-old could not hide his delight at returning to the club.

The attacker posted a selfie from the team gym to his 40 million Instagram followers on Monday afternoon as he linked up with his team-mates again.

Salah’s return comes as a major boost to Klopp who has been hit by an injury crisis in recent weeks, with the likes of Virgil van Dijk, Joe Gomez and Trent Alexander-Arnold sidelined for the champions.

Liverpool ran out 5-0 winners in Italy but for Klopp, the reverse at Anfield is not a foregone conclusion.

‘Atalanta is a threat even without a point to prove,’ Klopp insisted. ‘We played exceptionally well and pretty much did everything right.

‘So many things came together. But we know that that game has nothing to do with the one tomorrow night. We have to be ready again.

‘They have a special way to play and we did really well, we have to do well again. I expect problems, it’s always like this, but we have to work on solutions.’