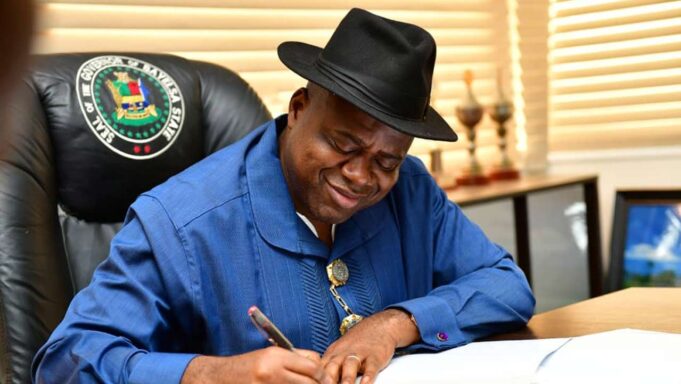 Bayelsa State Governor, Douye Diri, has described former President Good­luck Jonathan as the face of democracy and strong advocate of non-violent elections in the world.

Diri spoke at the weekend during the funeral ceremony of Jonathan’s cousin and for­mer university senior staff, Nitabai Inengite, at Otuoke in the Ogbia Local Govern­ment Area of the state.

The governor, who was represented by his deputy, Lawrence Ewhrudjakpo, noted that the historic phone call made by Jonathan to President Muhammadu Bu­hari conceding defeat in the 2015 presidential election, saved democracy in Nigeria.

According to him, the show of patriotism and love by the former president would remain a good refer­ence point to other demo­cratic countries, including the United States of America.

Diri said, “We all know what is happening in the United States, a country most of us regarded as the best example of democracy. But considering what Trump is doing with his supporters, you will agree with me that our father (Jonathan) did what so many leaders in the world cannot do.

“Our brother and father has elevated Nigeria above the United States. I say this with all sense of responsi­bility because when you compare the margin of de­feat in 2015 and the margin of defeat today in the U.S., you can know the difference.

“But our father, for the love of self and love of all of us, and for the love our country and the African continent, relinquished power without any doubt.”

Violence Erupts In Oregon, As Protesters Chant ‘We Want Trump Out Of office’