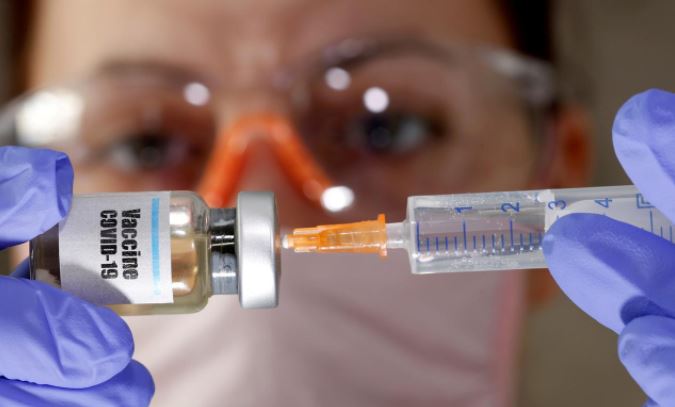 It is the second time that a front-runner developer has paused a trial in the race to create a viable vaccine.

The US company said on Monday that the participant’s illness was being assessed and that more information would be released after further investigation.

“We are committed to providing transparent updates throughout the clinical development process of our vaccine candidate,” the company said.

While pauses in late-stage testing are routine in the pharmaceutical industry, Johnson & Johnson’s interruption may contribute to safety concerns about coronavirus vaccine research progressing at great speed.

Developmental processes that usually take years were completed in months; scientists egged on by politicians demanding a quick pandemic fix.

British drugmaker AstraZeneca last month temporarily stopped tests of its vaccine candidate after a trial participant fell ill. That study has resumed in a number of countries, but is still on hold in the US.

Johnson & Johnson executives are likely to face questions about the trial pause on Tuesday morning, when they present third-quarter earnings.

“The news from the Johnson & Johnson vaccine is good news in that it demonstrates that the regulatory safeguards to protect the public are still in place,” said Michael Kinch, a vaccine specialist and professor at Washington University in St Louis, Missouri. He said more information was needed to tell whether the issues with Johnson & Johnson’s vaccine were similar to the illness in AstraZeneca’s trial participant.

Trials have resumed in the UK, Brazil and South Africa, but work in the US is on hold, raising questions about whether regulators there have lingering safety concerns.

Johnson & Johnson’s setback will add to these worries – another reality check for a world awaiting a vaccine against a virus which has sickened more than 37 million people. It is a reminder of how long it takes to bring a successful shot to market, despite promises from politicians and governments that a coronavirus fix is around the corner.

The pursuit of a vaccine has become a political topic, with some observers concerned that US President Donald Trump’s eagerness to have a vaccine authorised before the November presidential election could compromise the scientific process.

Mr Trump has repeatedly announced the goal contrary to the advice of his senior science officials.

The US Food & Drug Administration regulator has been working for months to hammer out clear standards for vaccine developers wishing to fast-track products to market.

The agency said in October it would demand two months of safety data before it would review any application for a vaccine emergency-use authorisation.