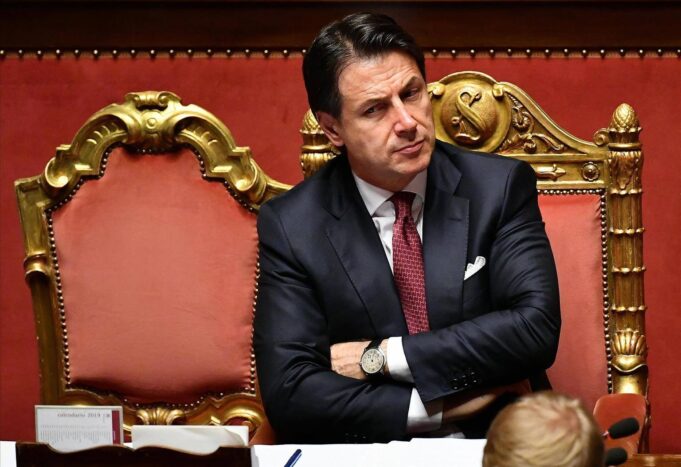 Italy’s government on Friday announced a nationwide lockdown for the end-of-year holidays after experts warned the country was still at high risk from the coronavirus epidemic. So-called “red zone” restrictions were adopted – confining people to their homes except for work, health reasons, or urgent errands, and closing most shops.

They will be valid during December 24-27, December 31-January 3, and January 5-6, Prime Minister Giuseppe Conte said after a cabinet meeting. The crackdown was decided as “among our experts there are strong concerns that the infection curve may spike during the Christmas period,” Conte told reporters.

Slightly looser “orange zone” measures – allowing people to move within their towns of residence and shops to reopen, except bars and restaurants, will apply on December 28-30 and January 4. During those dates, those living in smaller towns will be permitted to travel within a 30-kilometre radius of their place of residence, provincial capitals excepted, Conte said. By limiting travel and socializing during Christmas and New Year festivities, the government hopes to keep virus numbers down ahead of a planned large-scale return to work and school on January 7.

Conte, however, announced some loopholes: during lockdown days, people will be allowed to welcome a maximum of two visitors in their homes, plus any accompanying children aged under 14. He also pledged a 645-million-euro (790-million-dollar) economic relief package for bars and restaurants affected by mandatory closures.

Earlier Friday, a weekly report by the Ministry of Health on virus trends showed an uptick in the reproduction (R) value, a key indicator that tracks how fast the virus is spreading.

The R value increased from 0.82 to 0.86. It rose “for the first time after several weeks,” top ministry official Giovani Rezza said in a statement. For the epidemic to be under control, the value needs to be under 1. “The virus continues to circulate everywhere. It allows itself to be tamed, but does not allow itself to be defeated,” Conte noted.

The government introduced a previous round of anti-virus restrictions for the end-of-year holidays earlier this month, including the extension of a night-time curfew and curbs on travel between regions. Until last week, Italian leaders were toying with relaxing virus rules, but a darkening epidemiological outlook forced a change of heart. Talk of new Christmas-time restrictions dominated public discourse all week, and, as in previous occasions in Italy, government decisions were preceded by confusing rumours and speculation.

Italy is one of the countries worst hit by the pandemic. With a population of 60 million, it has recorded nearly 68,000 deaths linked to Covid-19, more than any other country in Europe.