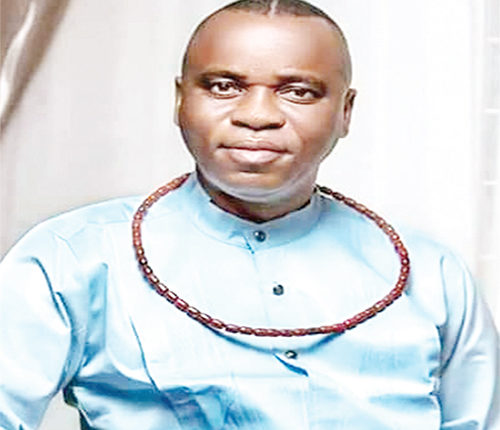 Olorogun Jaro Egbo is a chieftain of the All Progressives Congress (APC) in Delta State. I

You contested for the Delta State House of Assembly, Ughelli North Local Government Area Constituency II seat and won but later lost it to your rival at the Supreme Court due to internal wrangling in the APC. What lesson did you learn from that speaker?

I learnt lot of lessons from it. First, it confirms that power belongs to God. Secondly, we have a long way to go in the attainment of internal democracy in our elections. A situation where someone who didn’t partake in an election but believed that he can go to court and truncate the mandate freely given by the people is a sad chapter in our democratic system. A good example is what happened in Imo, Bayelsa and others. The people voted for a particular candidate but at the end of the day, the court became the final arbiters of the winner. I believe that by the time the National Assembly finished the constitutional amendment, repeal the Electoral Act and then come up with a new Electoral Act, these issues would have been properly addressed because if we continue with these sad trajectory, it means that some people will just sit at home and go to the court and may be somehow gets victory and take the mandate denied them by the people. After I lost at the Supreme Court, It like someone who prepared food, served the food, but was denied of the food but rather than recoil into depression, I decided to be closer to God. I didn’t regret anything, I see it as a blessing in disguise and springboard to run for a higher office in the future.

Will you blame the judiciary for the loss?

The judiciary has its own blame but most of the blame should go to the desperate but unelectable politicians who are bent on truncating the popular wish of the people. If you are not voted for but at the end of the day, you rely on falsehood to befuddle the judiciary to claim mandate that was not given to you, indeed you are worse than an armed robber. In my own case all the results were forged, indeed some party members and INEC officials participated in the despicable act. So if those pressures comes upon the judiciary and in Delta state, my party alone have up to about 60 cases and they have short time to work with. And at the end of the day we just believed that if some of us in the political class accept victory and also accept defeat, then the process will be easier. You said earlier that you will contest for a higher position come 2023, can you please tell us the position?

We have been consulting our people and preliminary result of the consultation point clearly that I should run for the office of Delta state governor come 2023 under the platform of our great party APC. You will agree with me that zoning has come to stay in Delta and I also believe that zoning ensures equity that was why I supported a candidate from Delta North during our party primaries even in my party after the primary. I believe that Delta State sit on tripod stool made up of the South, Central and North Senatorial districts. Since the turn of the fourth Republic in 1998 our leaders have engendered the equitable principle of rotation amongst the three senatorial districts Now that it is the turn of Delta Central I am eminently qualified to contest. With all sense of modesty and humility, I have what it takes to run for the office of the governor of Delta State come 2023 if our Lord Jesus Christ tarries. By virtue of age, I am 51 years old, on education, with 20 years post call experience as a lawyer and grassroots politician experience; I have what it takes to move Delta state forward. I have been in the other party, I know what they did and their mistakes, I have been in APC for the past six years, I also know what we need to move our state forward. I believe that our potentials are not fully realized. Without mincing words, the PDP has not brought Delta state to the epicentre of comity of developed states. Take a visit to Ebonyi that does not have oil or major revenue spinner and see the gigantic projects there, what of Borno state that is war ravaged, look at the their schools compared to our schools here, our hospitals are nothing to write home about, Oghara Teaching Hospital is almost in comatose. What do we have to show as a state with the highest in oil revenue and allocation? That is why we need a Deltan who have the pains of the people at heart to be governor come 2023, and I believe I can deliver . INL..

UEFA Announce 50 Nominees For Team Of The Year