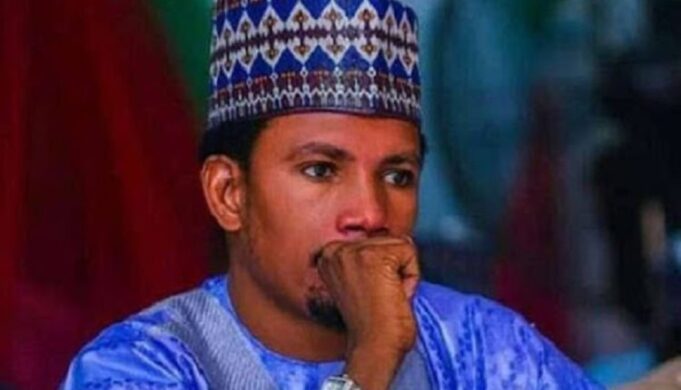 Addressing journalists in Abuja, the Senator announced that he defected from the Peoples Democratic Party to the APC to allow him “chase the Governor out of office.”

The lawmaker who boasted of being singularly responsible for the emergence of Adamawa State Governor, Ahmadu Fintiri, also accused the Governor of high handedness and mismanagement.

He also disclosed that he could no longer stay in the party due to the crises which he said has polarized it and creating a faction known as the “Reformed PDP.”

“If there’s no crises how do you have another political party called reformed PDP.

There’s crises in the party in Adamawa and the crises was caused by the Governor.

He also debunked rumuors that he was overwhelmed by the governor “I cannot be overwhelmed because I know how hard I fought to bring Governor Fintiri to power.

Go and check the record and I am not boasting. I am the main man that fought to bring Fintiri to power.”

Abbo maintained that he controls the local government with the highest number of registered voters where he defeated all oppositions to ensure the emergence of the governor.

Throwing a challenge, Abbo said he will throw down any opposition in Adamawa north local government in 2023.

“Today people are becoming wiser and wiser and they micro-peg it.

In Bayelsa State for example, APC won by PDP claimed it through the backdoor.

In one local government PDP was trailing with over 200 thousand votes.

Where will you get votes to overtake someone who’s ahead of you with over two hundred thousand votes.

So one local government these days can determine who’s the governor of Adamawa State or in any state in Nigeria for that matter,” he insisted.

Crime Instigators Perpetrators In Zamfara Will Be Exposed And Prosecuted – Matawalle.