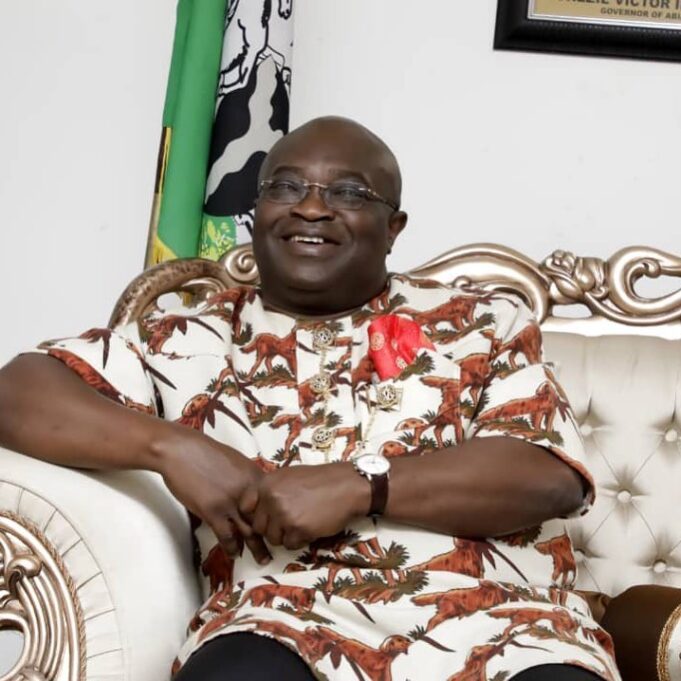 Governor Okezie Ikpeazu has said that rumoured intension to defect to the All Progressives Congress (APC) from the Peoples Democratic Party (PDP) is a hoax, pointing out that he is comfortable with the PDP family.

This is coming as about 3,000 persons from the APC and All Progressives Grand Alliance (APGA) declared for the PDP at a Stakeholder’ Meeting held in Umuahia on Sunday.

According to the governor, mere mentioning his name as one of the governors from the south east that may join APC soon is an indication that he has performed excellently, prompting other parties to seek for ways to woo him into their fold.

Ikpeazu spoke in Umuahia at the backdrop of statement from the APC camp that it will soon drag him into its fold. The Abia State chief executive explained that PDP’s Stakeholders’ Meeting was a stocktaking event as well as an avenue to welcome the newly elected Local Government Council chairmen and their deputies into the Stakeholders’ Meeting.

The governor stated that the PDP will soon swallow other parties in the state because of the even spread of Developmental projects and democracy dividends across the state put down by his government.

On the Stakeholder’ Meeting, Ikpeazu explained that “what drives political organizations is meeting and we decided to officially welcome our newly elected Council Chairmen and their Deputies into the Stakeholders Forum. We apprised the latest developmental strides vis-à-vis the issue of Governance”..

Fielding questions from newsmen, the PDP Organising Secretary, Austin Akubundu rtd said the Stakeholders Meeting afforded him the opportunity to explain to the Stakeholders what policies and agenda of the new PDP are as well as to assure Abia Stakeholders of their protection in the party as their representative in the National Secretariat of PDP.

The state chairman of the party, Rt Hon Asiforo Okere described those who left the party as moles who had always wanted to destroy PDP before leaving.

“One or two persons who left PDP did so ‘because of long throat’ and that it is wishful thinking to assume that Governor Okezie Ikpeazu will leave PDP. “In fact, very soon many more in their thousands will leave APC and join PDP, including the remnants of APGA. Those that defected to other parties are Moles and we are happy that they left”.

However, a statement signed by the Publicity Secretary of PDP in the state, Fabian Nwankwo said no critical stakeholder of party is contemplating leaving the party, adding it is wishful thinking to assume that any chieftain of the party intends to leave.

The statement reads. Following a spate of fable and innuendos in our dear state, Abia that some people in our fast rising and great party, the Peoples Democratic Party, are defecting to other inhabitable and declining party, PDP has come out stronger and more resolute than ever.

This is exemplified by the Meeting of Stakeholders today Sunday (17/01/2021) in Umuahia where the crème de la crème in Abia politics were in attendance, including those rumoured to have left the party. They all showed strong presence, denouncing the innuendoes and beer parlour gossips of PDP losing membership to the All Progressives Congress (APC) and All Progressives Grand Alliance (APGA) which are speedily fading away in Abia State.

“The State PDP Stakeholders’ Meeting turned out as a big unifying factor of family members that have remained united, undaunted, focused, strong and reliable since 1998 when it was formed. Thousands of card-carrying members of APC and APGA used the Forum to join PDP and more are being expected.

“Certainly, it was a family reunion and renewal as stocks of the exceptional and sterling developmental strides of our ebullient Governor, Okezie Ikpeazu knick named ‘Caterpillar Revolution’ by PDP admirers across the Nation were taken. Indeed, there were Signals that thousands of party faithful from other parties were making moves to also defect to PDP.

“Our ebullient Governor acknowledged this fact when he told newsmen after the Stakeholders Meeting that because of the spread of Development and Democracy Dividends across the state, PDP will soon swallow other political parties in the state. On why the stakeholders Meeting was held, the number one citizen stated thus: “what drives political organizations is meeting and today, we decided to officially welcome our newly elected Council Chairmen and their Deputies into the Stakeholders Forum. We apprised the latest developmental strides vis-à-vis the issue of Governance”

“The Abia chief executive briefed the Stakeholders on ongoing projects of his administration assuring that he intended to complete all projects started by his administration before 2023. “Abia is a PDP state and the other party has nothing to offer our people now or in future, hence, their resort to propaganda of defection”, he said.