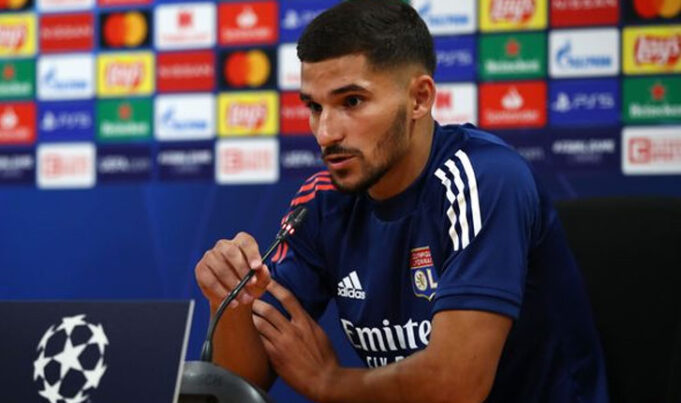 Houssem Aouar has insisted that he is in no way disappointed that a move to Arsenal from Lyon did not materialise this summer.

The north London side were strongly linked with a move to bring the talented 22-year-old midfielder to The Emirates this summer but a switch failed to materialise and a deal was not able to be struck between the two clubs.

Arsenal instead ended up signing Atletico Madrid midfielder Thomas Partey on transfer deadline day as Mikel Arteta managed to add some further quality to his options in the middle of the park.

Aouar is highly rated and is considered to be one of European football’s most promising young midfielders.

Speaking in an interview quoted by the Daily Express, Aouar said of his failed move to Arsenal: “Of course I asked myself all the necessary questions.

“I am in the headspace to have a great season with my club and get back the points that we have lost.

“So of course we are going to try to do the best season and to try to put the team and the club back in its rightful place, at the top of France.

“Disappointed? I am the opposite. I am at home, in the club that I love, with my friends and my family.

“So certainly I have all my bearings and it is giving me even more motivation to have a good season and to bring the club back into the top places in France.”

Partey, 27, could be in line to make his debut for Arsenal when the Gunners travel to face Manchester City in the Premier League next weekend after the international break.

The north London side have made a solid start to the new Premier League season after having won three out of their four games in the top flight to leave them in fourth place in the table.