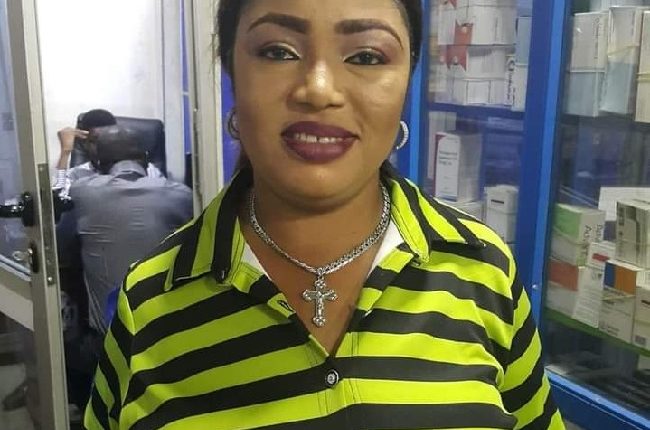 Mrs Efede, a widow, is the Chief Executive Officer of Efe Samtex Pharmacy Ltd with headquarters at Ometa in Warri, Warri South Local Government Area of the state.

Reports have it that she was abducted at about 8:00 p.m on Tuesday while returning home after the day’s business.

A family member said she was driving home in her Toyota Sienna space bus with three of her apprentices when she was waylaid by the hoodlums.

One of the boys identified as Friday was allegedly shot and now receiving treatment for gunshot injuries at an undisclosed hospital in the town.

Details of how she was kidnapped were still sketchy as of Wednesday morning.

The mother-of-five, who is in her 40s, is a graduate of the Delta State University (DELSU), Abraka.

It could not be ascertained if the abductees of Mrs Efede had established a link with her family members as of the time of filing the report.

Onovwakpoyeya, a Deputy Superintendent of Police (DSP), requested time to find out from the police Division before reverting to our correspondent.

Much of the frequency of kidnapping incidence has been attributed to the recent dissolution of the Special Anti-Robbery Squad, as hoodlums appear to have been having a field day across Warri and environs.