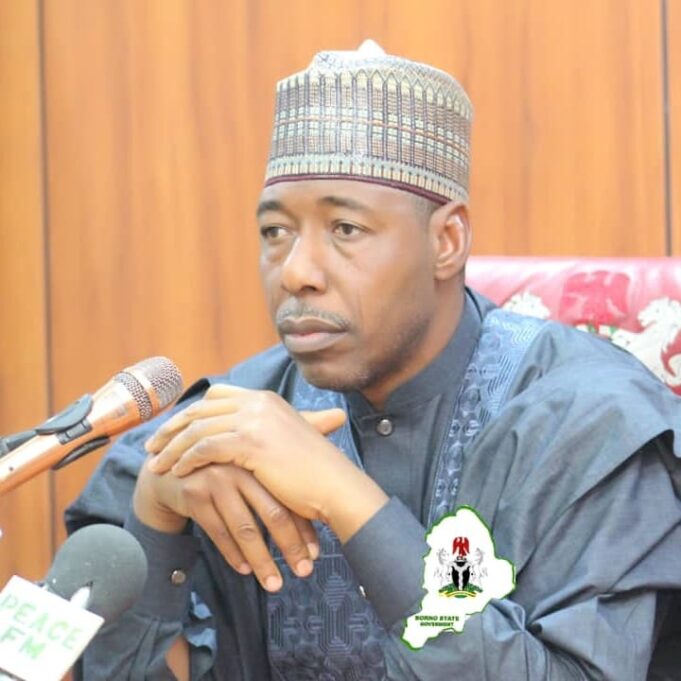 The Borno State gov­ernor, Prof. Baba­gana Umara Zu­lum, on Wednesday presided over the swear­ing-in of 27 elected local government chairmen, among them two profes­sors and doctorate degree holders, thereby raising the standard of leadership at the third tier of govern­ment in the state.

One of the professors is Adamu Alooma, a Pro­fessor of Banking and Fi­nance, also former Dean, at the Faculty of Manage­ment Sciences in Universi­ty of Maiduguri, and now chairman of the Damboa local government.

The second professor is Ibrahim Bukar, a Profes­sor of Education, former­ly with the University of Maiduguri (UNIMAID), sworn in as chairman of Gwoza Local Government.

Both Professors took part in the recent LG elec­tions held on November 28, during which the All Pro­gressives Congress (APC) won with landslide.

Also sworn in was a PhD holder, Ali Lawan Yaumi, for Magumeri local gov­ernment, as well as other holders of post graduate and first degrees, and ex­perienced grassroots poli­ticians.

Zulum, in his speech, recalled that local govern­ment election was not con­ducted in the state for over 10 years due to lingering security situation.

He congratulated the chairmen, he reminded them of the major tasks ahead, which they could only do with resources at their disposal.

Zulum directed the Min­istry for Local Govern­ment and Emirate Affairs to immediately release to the chairmen all funds al­located to the 27 local gov­ernment councils from the Federation Account so they could begin to impact lives at the grassroots.

He urged them to dis­charge their duties with the fear of God, and with­out fear or favour.