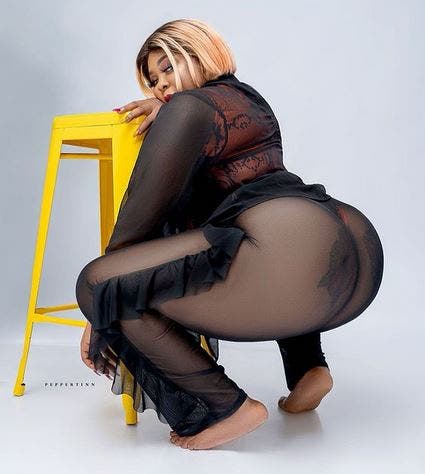 Ghanaian actress who also doubles as marketing and business executive sent the Internet into a meltdown when she released a series of raunchy booty-flaunting pictures to mark her birthday a week ago.

The pictures set adrift a wave of comments that were as wild as they were untoward.

But interestingly, Purfcie is still a virgin if a statement she made to Potpourri a couple of years back is anything to go by.

“Yes, I’m a virgin. I know people don’t believe it but it’s true. I have never had sex before. I just don’t do it,” she stated emphatically.

You can say I attached religion to it because Bible wise, God said we shouldn’t have sex before marriage. And that’s my policy till I marry,” she had said and she is still very single.

Ronaldo Would Beat Me In A Race—-Usain Bolt.