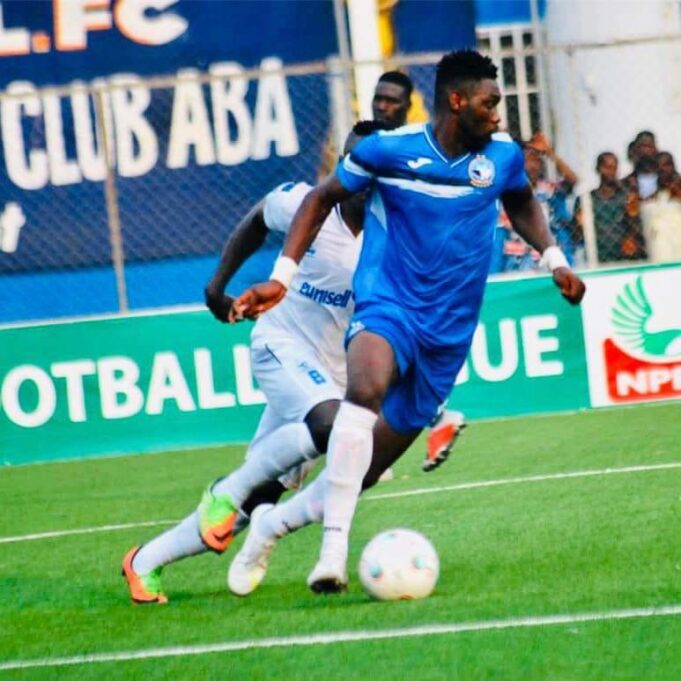 Ghana-born Enyim­ba midfielder, Fa­rouk Mohammed, believes they can overcome the three goals deficit against Al-Mer­reikh of Sudan in the sec­ond leg of their CAF Cham­pions League competition on Wednesday.

“The loss in Sudan comes once in a while. Even the strongest clubs sometimes suffer such defeats. Now, so much de­pends on how we react to it.

“Hopefully, if we get our acts together and play as a team with full determina­tion, we can scale through to the next round, though, it will not be easy,” he said.

A 3-0 victory for Enyim­ba after 90 minutes would take the tie straight to a penalty shootout, but if Al Merrikh score just once in the match on Wednesday, the hosts will need five goals to survive.

This is the second time Enyimba will face such a deficit in the elite African competition, and are hop­ing for a more successful outcome.

Enyimba suffered a 4-1 loss away to ASEC Mimo­sas of Code d’ Ivoire in a 2002 qualifier and a 3-1 home victory as insuffi­cient to avoid elimination.

Meanwhile, Al Mer­rikh players and officials on Sunday arrived Nige­ria for the encounter and will want to play out their hearts in the match to get the cash promised by the club’s president; Ahmed Taha Al-Tazi.

Ahmed Taha Al-Tazi has promised the team $250,000 as cash reward to stop Eny­imba International in Aba from scaling through to the next round of the compe­tition.

So Painful I Didn’t Have Opportunity Of Seeing My Mom Before Her Demise— Makinde...