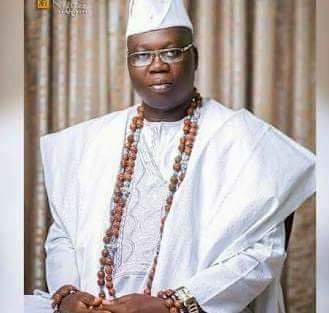 The Aare Onakakanfo of Yorubaland, Chief Gani Adams, on Thursday congratulated the newly-elected Nigerian-Americans into U.S Congress, Esther Agbaje, Oye Owolewa, Nnamdi Chukwuocha and others for doing the nation proud.

Adams, in a statement by his Special Assistant on Media, Kehinde Aderemi, in Lagos, reiterated the need for Nigerians in the Diaspora to aspire and seek elective positions, saying the victory is truly a fulfillment of a big dream.

He said that though Agbaje, Owolewa and Chukwuocha are newly elected to U.S. Congress, they are just few of the ‘progressive greenhorns’ in American politics, saying that they have what it takes to make great impacts in their respective positions.

Adams said that the trio surely deserved to be celebrated and would go down in Nigeria’s history as men and women of great achievements.

The Yoruba leader applauded the winning spirit and confidence displayed by the newly-elected Nigerian-American congressmen and woman.

Gani described their victories as testimony of the fact that many of Nigeria’s best brains are performing wonders across the world.

“I am happy that you have made us proud by emerging victorious in the various elective positions.

“You have all demonstrated the qualities of being great ambassadors of both Yoruba and Igbo descents, and Nigeria in particular.

“Your records of professionalism, individual knowledge and acumen are the signposts of the success we celebrate with you today.”

“The task ahead is, no doubt, daunting but in as much as I believe strongly in your courage, experience and other outstanding qualities, I wish you all well in all your future endeavours,” he said.

According to him, Agbaje, as a great ambassador of Yoruba land, has a law degree from Harvard University, a Master’s from the University of Pennsylvania, and has served in the U.S. Department of State, among others.

“She will be representing District 59B in the 134-Member House on the Farmer Labour Party, an affiliate of the Democratic Party in the US,” he said.

Adams said that Agbaje was elected after polling 17,396 representing, about 74.7% of the total ballots cast.

The Aare said Owolewa, who was also elected as a shadow member of the United States House of Representatives from the District of Columbia, has a Ph D from the Northeastern University, Boston.

According to him, Owolewa is the first Nigerian-American to be elected to the U.S. congress after polling 164,026 votes, representing 82.84% of the total votes cast.

He added that Chukwuocha, who also won Delaware State Assembly, had been a member of the Delaware House of Representatives.