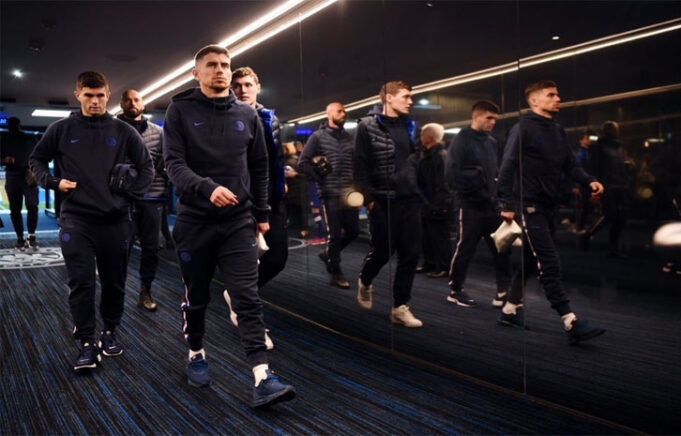 Chelsea start their Champions League campaign against Sevilla at Stamford Bridge on Tuesday night, with the Blues looking to earn progression to the knock-out stages.

The Blues got to the last-16 stage last season, but were beaten 7-1 on aggregate over two legs by eventual winners Bayern Munich.

This season, Frank Lampard will hope to improve on that showing, especially after being backed heavily in the summer transfer window.

Timo Werner, Hakim Ziyech and Kai Havertz have all been signed to add depth and quality to the Blues front line, whilst Edouard Mendy, Ben Chilwell and Thiago Silva add numbers to a back-line which has often struggled in recent months.

Ahead of the game against last season’s Europa League winners Sevilla, Lampard has some difficult decisions to make over his team.

Kepa Arrizabalaga was again at fault for one of Southampton’s goals in the 3-3 draw on Saturday, and Mendy could come back into the team after training with the rest of the first team in recent days.

Ziyech made his debut off the bench against the Saints, but Lampard may decide to unleash the Morocco international from the start against Sevilla.

Speaking before the game, Lampard admitted last season’s journey to the knockouts would serve as a good learning experience for his squad.

“It is a great platform to learn because in the Champions League you are playing the best and we played against the best in Bayern Munich,” he said in his pre-match press conference.

“It shows you the quality level of their players and team and the strength of the work they have done there. We were a young team last year who were working a lot to improve.

“The Bayern Munich game was a great marker for the young players in the squad in terms of the levels that need to be attained. I remember having those feelings myself as a younger player. So getting through the group was also difficult for us having lost the game last year so we needed to show a lot of discipline and focus to get through hard matches away at Ajax and Lille.

“So hopefully there’s some good lessons for the players in the team to have learned in that period.”