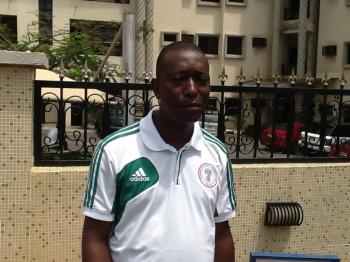 The remains of late Super Eagles’ former Media Officer, Ben Omokagbor Alaiya, who died recently after a brief illness, was laid to rest in his hometown, Ososo, Edo State.

Alaiya, who was Super Eagles’ media officer from November 2011 to February 2015, died on October 5 in his hometown, Ososo, Edo State, after a brief illness.
According to Alaiya’s family, the deceased’s grave was dug, as is the custom in Ososo on thursday, while the body was laid to rest today after a requiem mass.

Family and friends of the late Alaiya, on Saturday, last week, held a service of songs for him at the Redeem Christian Church of God’s Beautiful Gate Parish, Praise Hill Estate, Arepo, to bid him farewell.

The late Alaiya was the Editor-in-Chief of SportsDay Newspapers. He is survived by an aged mother, wife and three children.