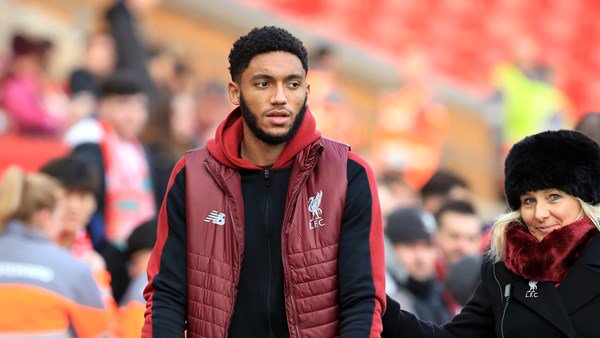 FIFA will reportedly cover Joe Gomez’s £80,000-per-week Liverpool wages for the rest of the season after the England defender suffered a knee injury on international duty.

Jurgen Klopp’s side were already struggling with a defensive injury crisis after losing Virgil van Dijk and Fabinho, but their situation worsened last week when Gomez picked up an injury that could rule him out for the rest of the season.

According to the Daily Mail, world football’s governing body FIFA will pay around £2 million in compensation to the Premier League champions.

The FA confirmed to the newspaper that the injured centre-back’s salary would be covered by FIFA.

This is because England players are protected by the FIFA club protection programme, which offers insurance for injuries sustained in friendlies, matches and training sessions.

FIFA will pay until Gomez returns to fitness, with the maximum cover being for a period of 365 days and to a total of £6.75m.

Gomez’s loss was a big blow to the Premier League champions, who have recently been linked with January moves for Torino’s Gleison Bremer and Nelson Semedo of Olympiakos.