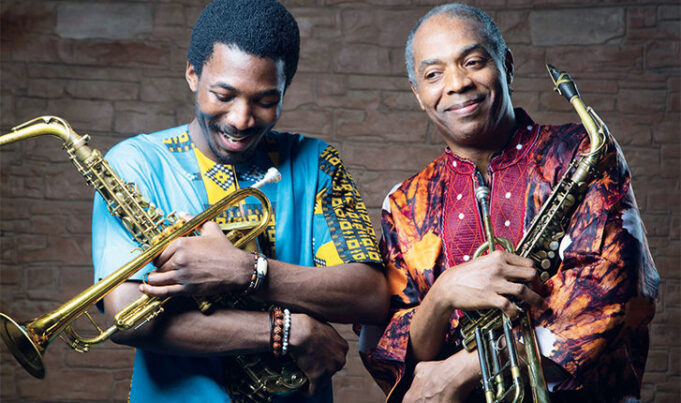 Nigeria’s music industry is set to witness the release of a massive body of work.

The project titled ‘Legacy+’ will see the duo of Femi Kuti and his son, Made teaming up for the release of a classy project.

Slated for release on 5th February 2021, ‘Legacy+’ is a two-sided album, with one featuring Femi Kuti’s ‘Stop The Hate’ and the other, Made’s For(e)ward album.

Ahead of the release of the album, father and son recently released two new singles off the album namely ‘Your Enemy’ from Made’s album and ‘Pà Pá Pà’ by Femi Kuti.

‘Your Enemy’ is Made’s follow-up to his debut single, ‘Free Your Mind’ while Femi’s ‘Pà Pá Pà,’ calls Nigerians to rail against the dishonesty of local politicians.

‘Legacy +’ is a blend of the popular Afrobeat music invented by Fela, but with its own uniqueness.

“I am very excited and happy because as a father I get to perform with my son on my album again, and I get to see him compose, arrange, and play all instruments on his own album.

“Most importantly, we get to release this project together. It is spiritually soothing and comforting to witness this chapter in my life,” Femi Kuti said.

“I truly believe that once in a while we are fortunate enough to write stories for ourselves that we can look back on much later in our lives. This has been one of the greatest positive highlights of my life so far, both musically and transcendently. I’ve learnt so much from my father politically, socially, philosophically, and musically that I know this lovely project is only the beginning of more beautiful things to come,” Made added.

We Will Deliver Oborevwori At Primaries,General Elections — Delta South Leaders.