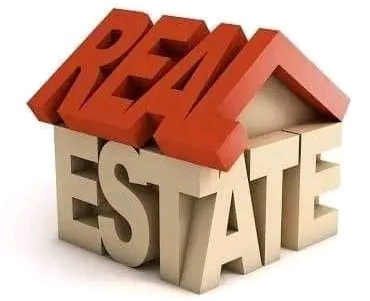 Audullahi Saheed Mosadoluwa, the managing director of Harmony Gardens and Estate Development Limited, and Folasade Balogun (formerly Folasade Gbadamosi), the chief executive officer of Redbricks Homes International Limited, owner of Amen Estate, Lekki, Lagos, have jointly refuted all allegations levelled against them by one Adeyinka Igbinoba, Biodun Abdul, Olubunmi Okoror and Babatunde Olalere Gbadamosi (BOG), imploring the police and the office of the Lagos State Attorney General to be fair.

This is even as all efforts to get to Gbadamosi to hear his side of the issue proved abortive.

Stressing that their personalities were defamed with the false allegation, Mosadoluwa said Igbinoba misled the media with a video she said she refused to present as evidence for fraud, forgery, attempted murder and accusation of causing bodily injuries.

Mosadoluwa, who said government officials and the media were involved in the defamation claims, stressed the need for public officials to be balanced in performing their duties, especially when individuals’ reputations are involved.

He also disclosed that many public officers, who were “saddled with investigation responsibilities “were only pursuing bribery, fostering interest and having fear of media or gender sentiment and unsurprisingly, the interplay between these interests can quickly become contentious.

On the accusation of N30 million fraud, Mosadoluwa explained that Abdul of Keshab Properties and Okoror approached his office “to purchase a parcel of land through one Kola Opeodu, an acquaintance of him and Gbadamosi.

According to him, the transaction was concluded at N120 million, adding that Igbinoba and her sister deposited N30 million and pledged to pay the balance of N90 million within two weeks before taking possession.

However, instead of perfecting their obligation by completing the payment, Mosadoluwa said Igbinoba called him to demand for a refund, while also threatening him with the Economic and Financial Crimes Commission (EFCC), claiming that their checks revealed that the Certificate of Occupancy (C of O) given to them was forged.

According to a statement by Mosadoluwa, “Contrary to their claims, the EFCC and Nigeria Police wrote to the Land Bureau and the Lagos State Land Bureau confirmed that the C of O is genuine and that it was initially issued to one Daramola of Agidi-Ogun, who sold 15 hectares of land to Mosadoluwa through his company, Harmony Gardens.

The statement read: “The ACP in IGP Monitoring Unit double standard Police investigation report” and “confirmed the allegation of fraud to be false” and implored the Nigeria Police, the Office of the Attorney General and the media to request for the video, which Igbinoba declared to be in the Cloud space, which shows he broke her legs with carved wood, but he insisted that Igbinoba had misled some Nigerian journalists to commit defamation.”

Mosadoluwa also disclosed that Igbinoba and his cohorts were promised a house in Amen Estate by Gbadamosi to ensure they send him (Mosadoluwa), and his former wife, Sade Balogun, to prison.

On allegation of attempted murder, Mosadoluwa lamented that the Police, which had earlier “admitted in their report that it has no evidence, but still recommended that Audullahi Saheed should be charged to court for grievous harms to bodily injury based on circumstantial evidence that probably Igbinoba falls within the corridor of his office.

I Want Messi To End His Career At Barcelona – Pep Guardiola